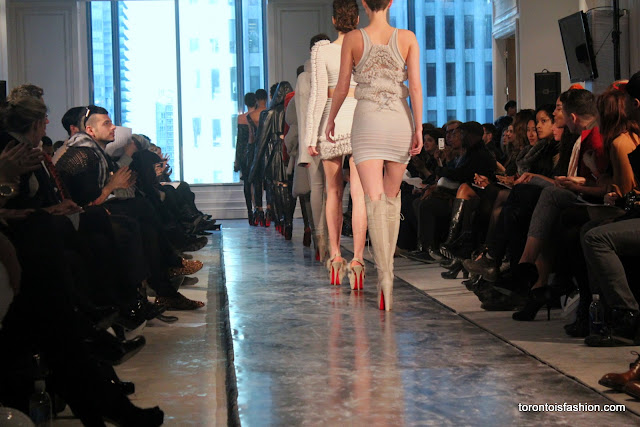 Yesterday, London-based Canadian designer Mark Fast, showed his Autumn/Fall 2011 collection to a room filled with Toronto’s fashion elite. The designer, known for his amazing knit features, showed for the first time in Canada, choosing the still-under-construction Trump International Building for his runway. Guests had to don a crisp, white construction hard-hat to enter to building and made their way past working contractors to the upstairs venue. Feeling a little like we were on ‘The Apprentice’ as we stepped into the unfinished venue, the room itself was filled with day light from the tall windows which also provided a nice background of Toronto’s sky scrapers.

The collection offered by Mark Fast was playful and edgy, using black leathers in different forms including a modern take on overalls and a stray jacket. The collection also features Fast’s signature knit wear look. Fast has selected to knit with Merino wool as a natural fibre choice for 2011. With the Woolmark Company, the designer has worked to showcase the most cutting edge innovations in natural luxury fibres. Using a dark colour palette, except for one bright orange piece, the collection had a cohesive look to it.  The collection should be worn by a strong, confident woman who’d be a great friend, but double cross her, and she’ll walk away from you looking drop-dead gorgeous the entire time.

Check out the pictures from the runway below, and pictures of the guests from both the Mark Fast and Mikhael Kale shows. 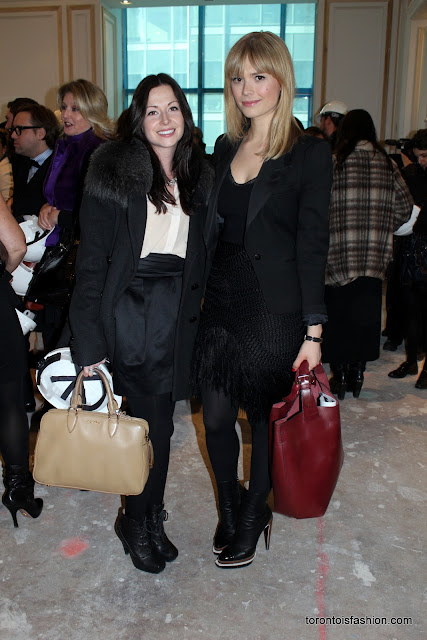 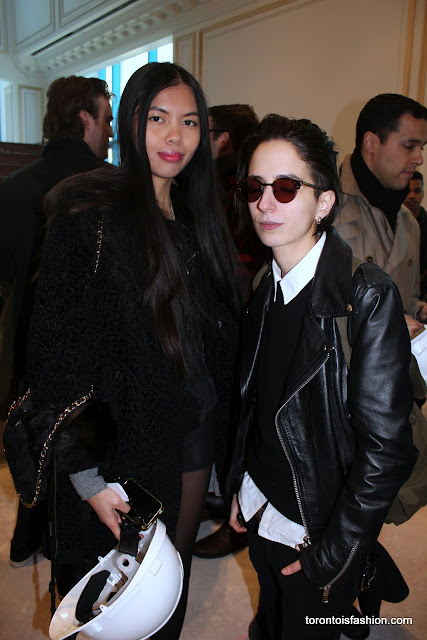 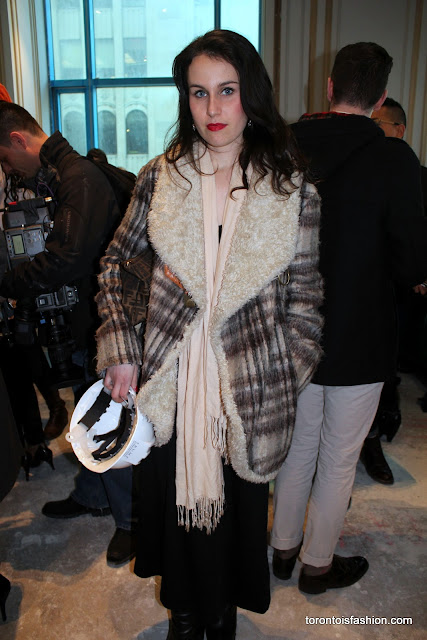 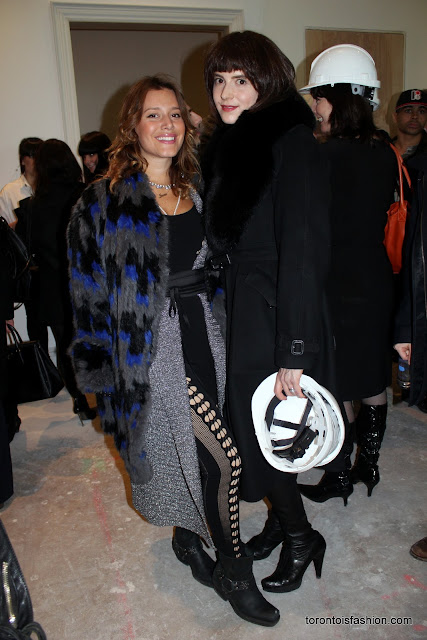 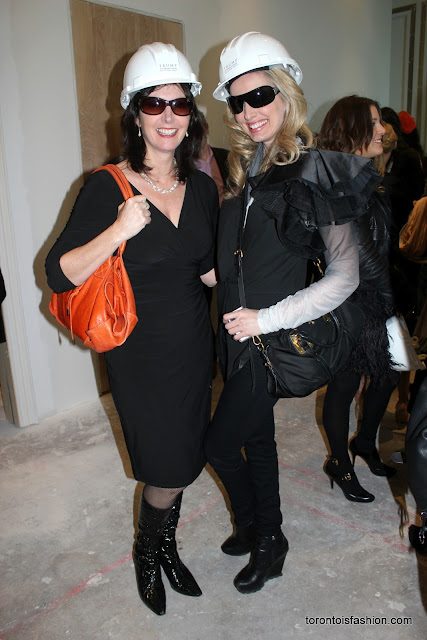 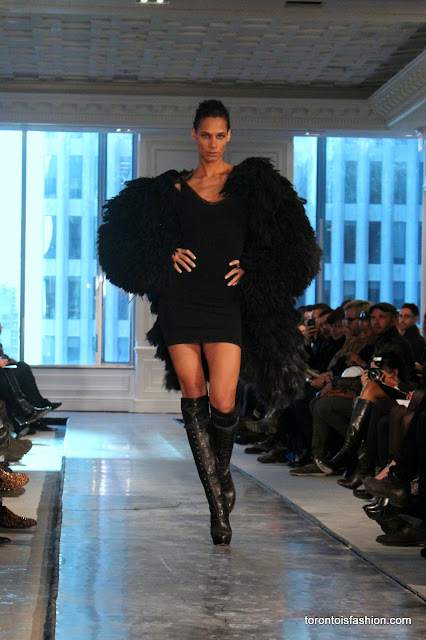 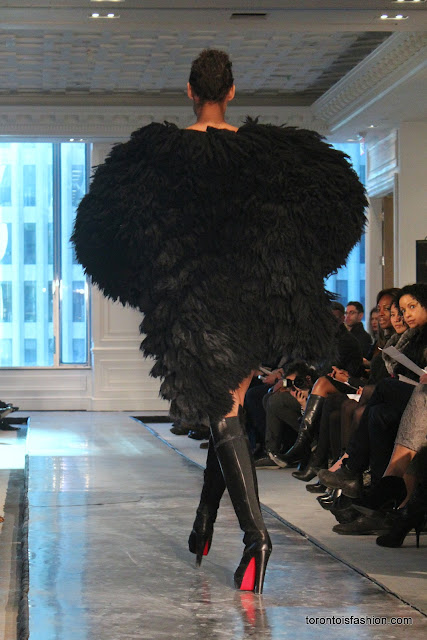 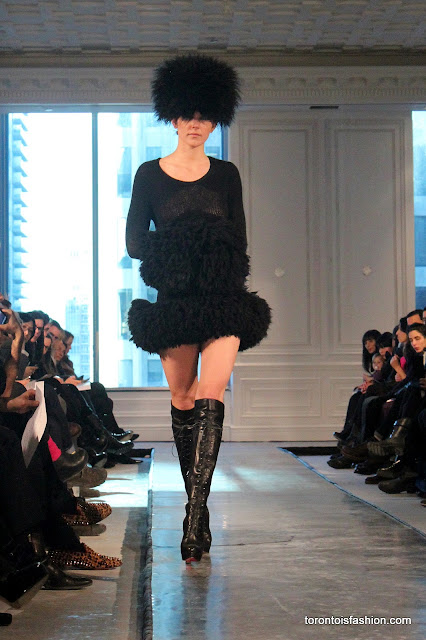 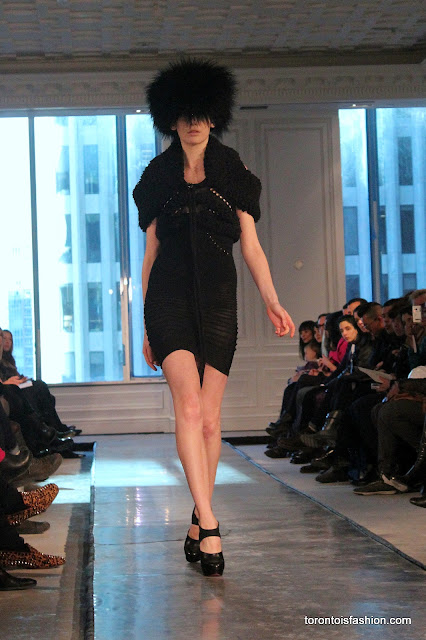 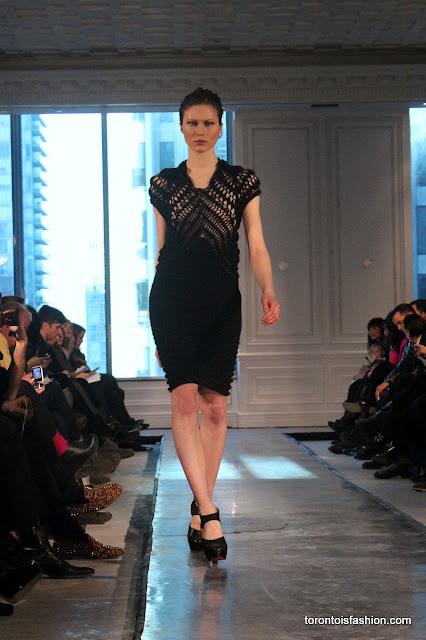 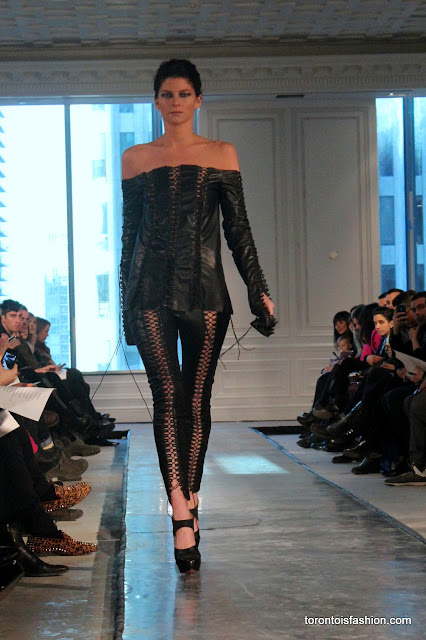 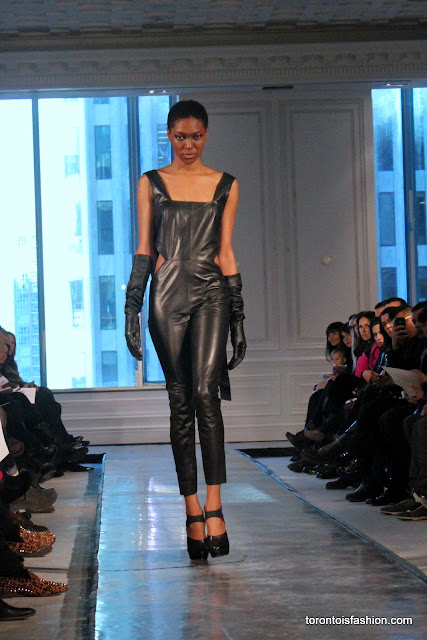 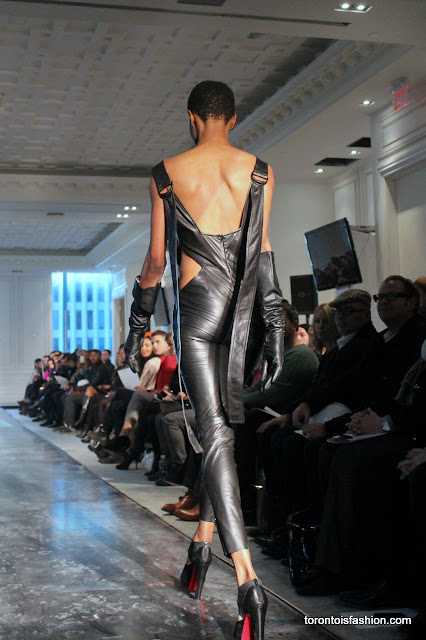 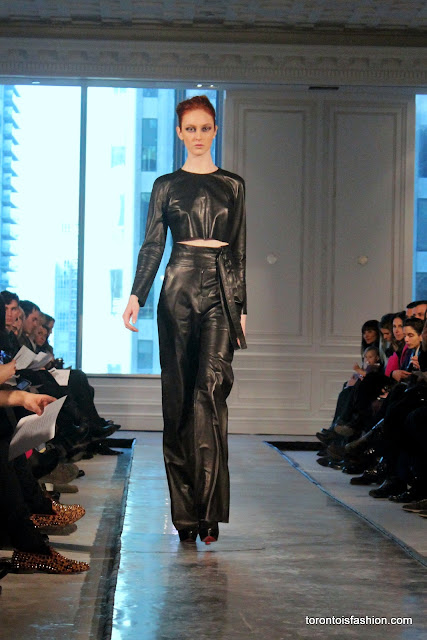 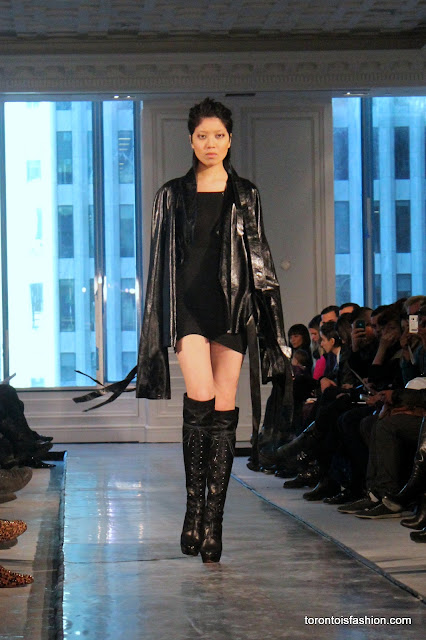 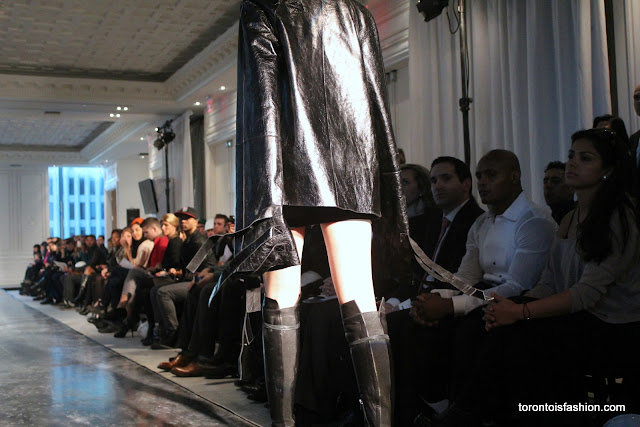 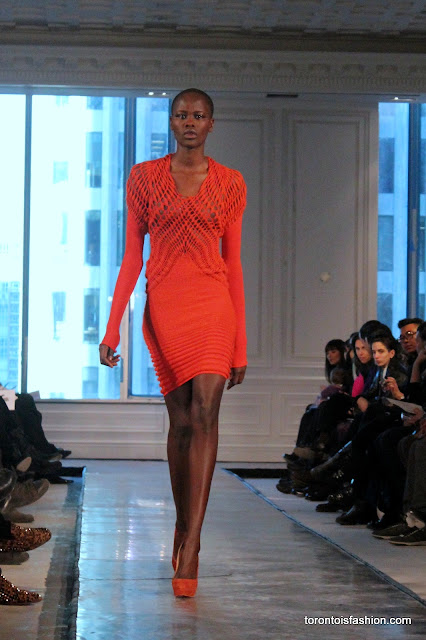 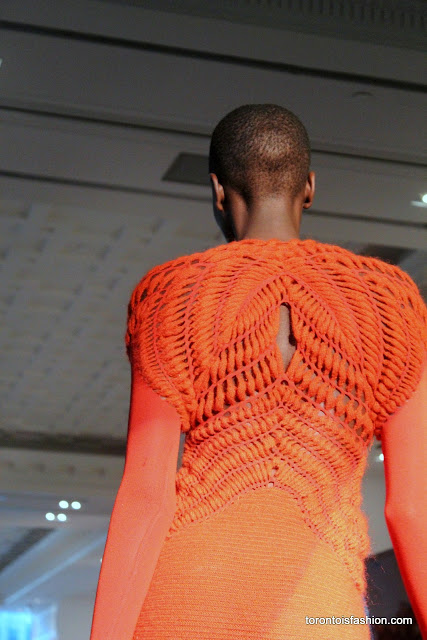 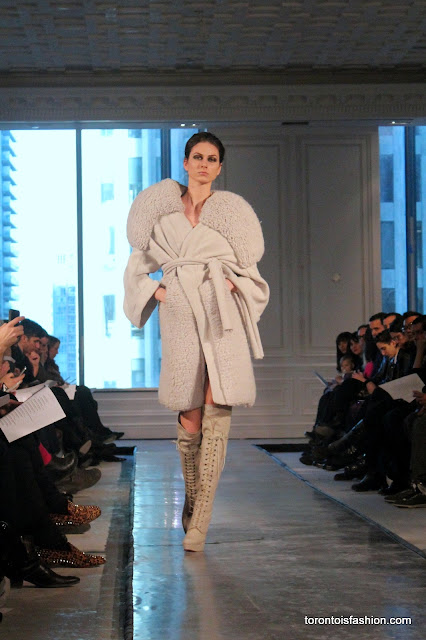 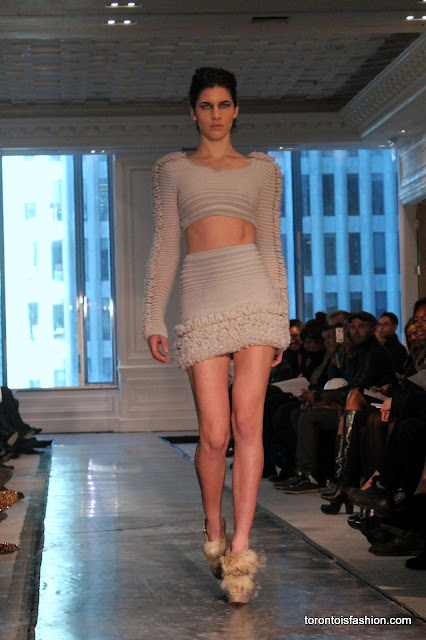 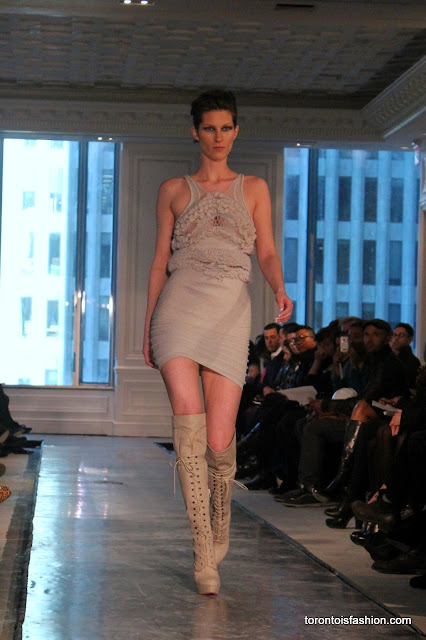 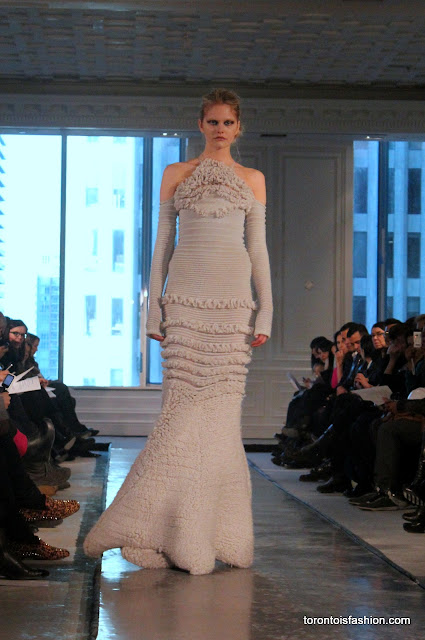 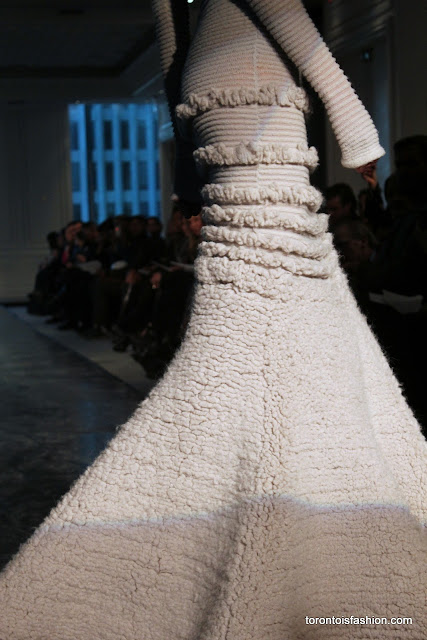 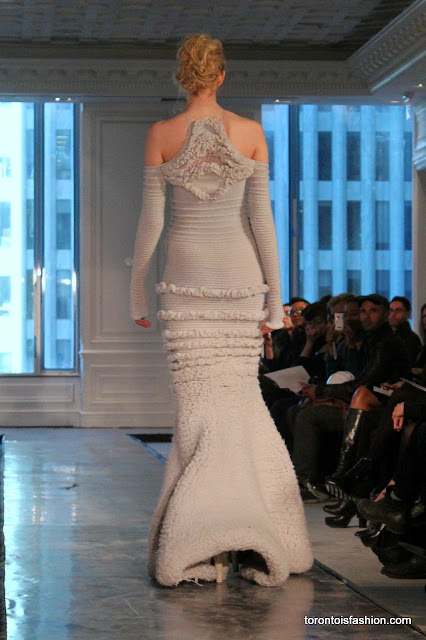