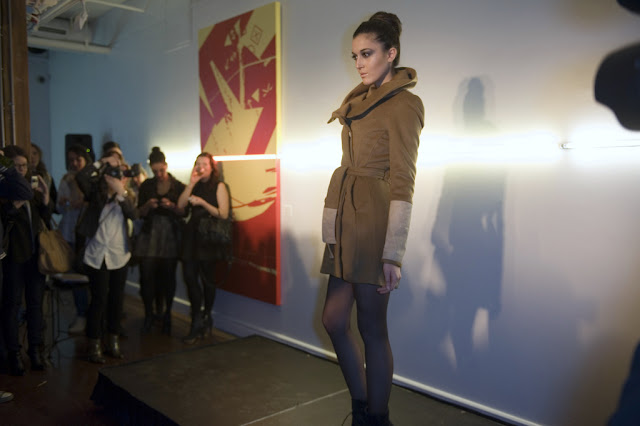 We were invited to The Spoke Club to see a preview of the Fall/Winter 2011 collection from Penicullus Bellum, a Toronto-based,young avant-garde outerwear line for men and women. Designers Patricia O’Connor and Claire Warwick sent out coats and jackets in wools and camel, tanned and black leathers that were sophisticated for an everyday wear, but had subtle differences that gave it a certain edgy feel to them too. We especially liked the leather criss-cross details on the sleeve of one of the jackets. The only thing we weren’t a fan of was the fur along the collar on one of the men’s jacket (picture 10). Although the fur around the other men’s collars are a great modern take on the 70’s inspiration seen all over the runway and in stores now, this jacket in particular would have been on our must-buy list had it been trimmed with leather or a less feminine material. Silver fox fur perhaps? Other than this minor hiccup for us, the rest of the collection is beautiful and really speaks to the tailoring skills of the designers.

Check out photos from the preview below. 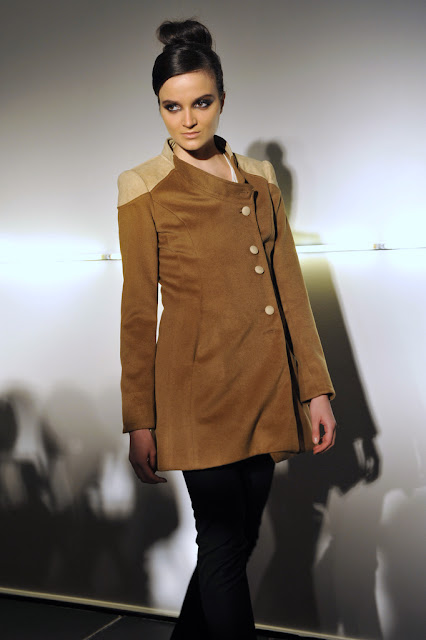 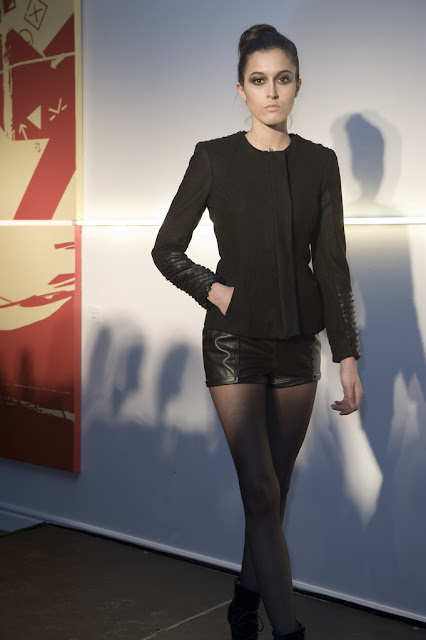 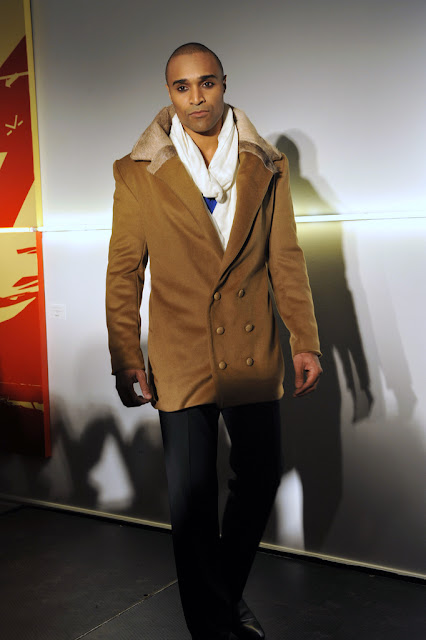 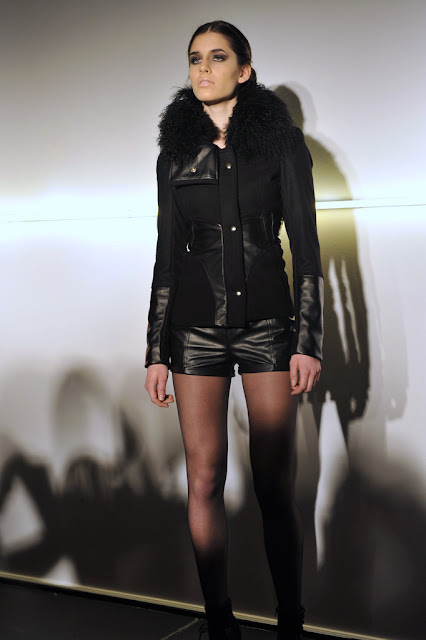 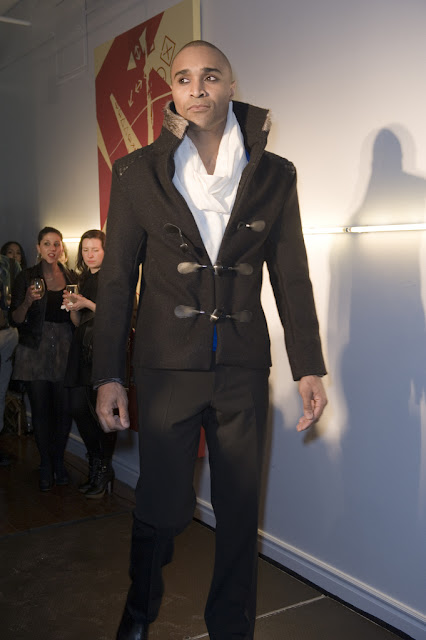 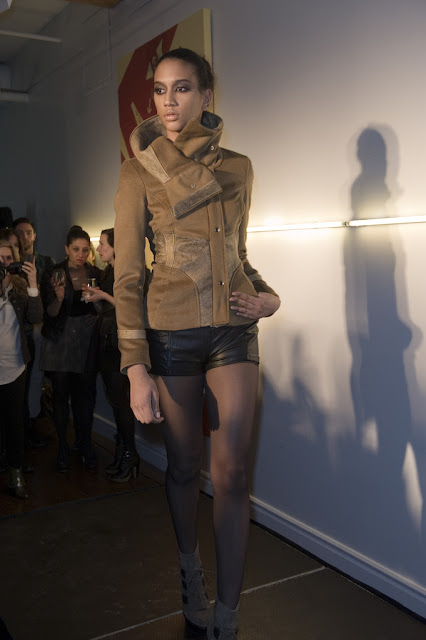 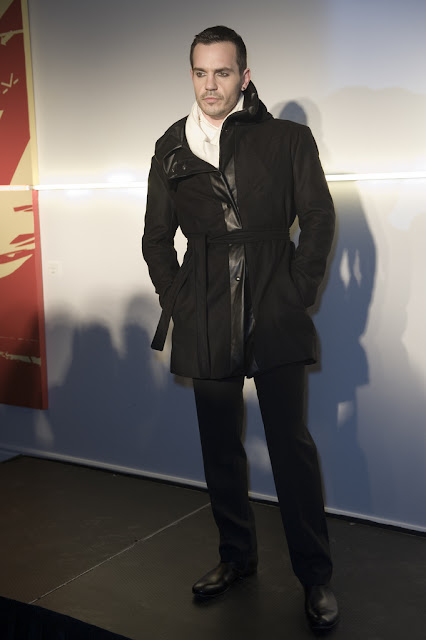 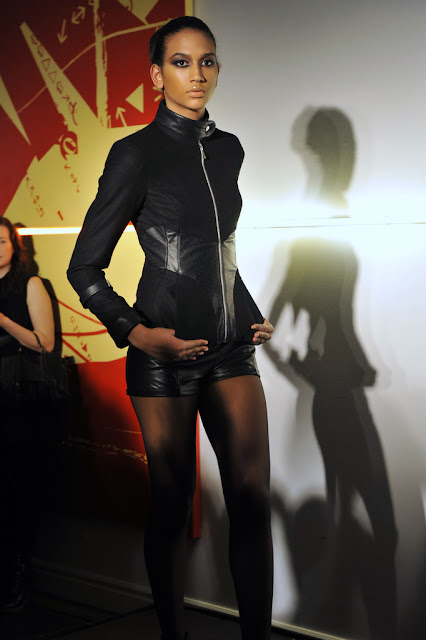 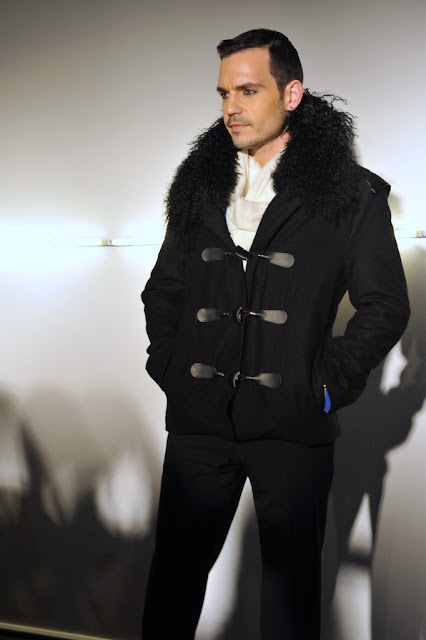 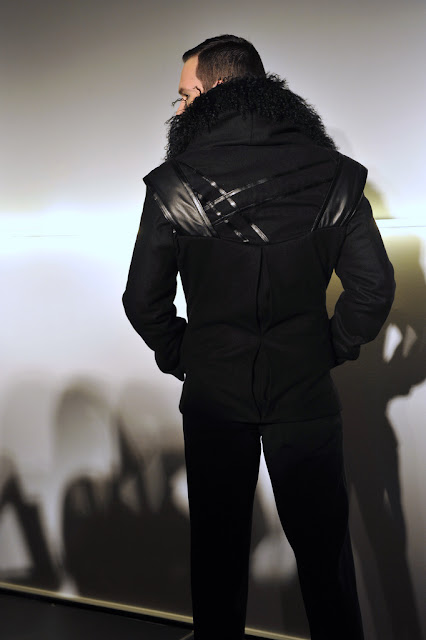 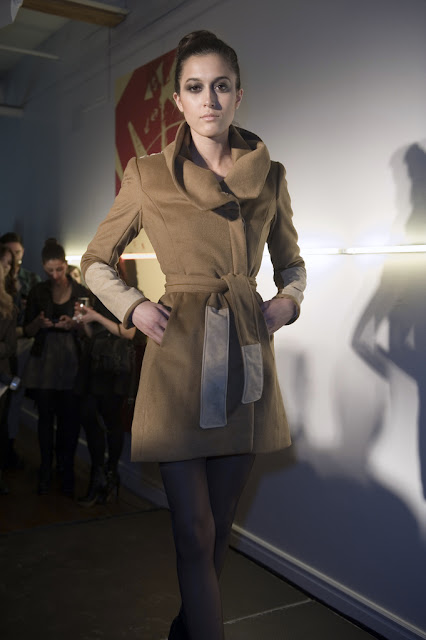 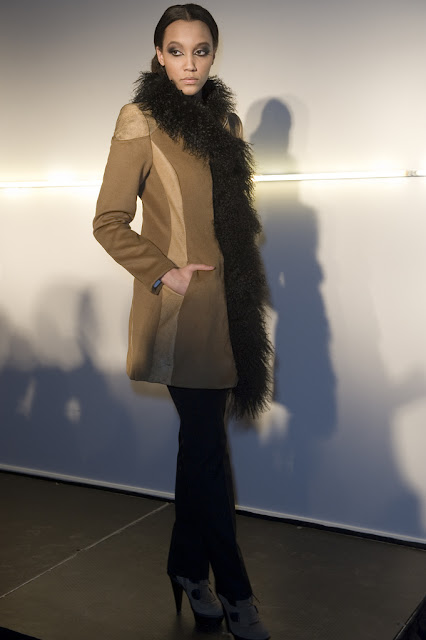 Warning: array_key_exists() expects parameter 2 to be array, string given in /home/tif/web/torontoisfashion.com/public_html/wp-content/plugins/thevoux-plugin/inc/widgets/instagram.php on line 43
richardandmarc
Most Shared
Instagram
richardandmarc

Warning: array_key_exists() expects parameter 2 to be array, string given in /home/tif/web/torontoisfashion.com/public_html/wp-content/plugins/thevoux-plugin/inc/widgets/instagram.php on line 80