Last week I was privileged enough to attend a really cool event in New York City called ARTIST#TALK. The event was a live interview series with musicians of all different genres, developed by Arjan a music blogger from Arjanwrites.com, HP, and Microsoft. It was a really interesting segment which spotlights the careers and creative process of an artist though conversation and music in a very intimate setting. ARTIST #TALK is unlike most talk shows as it focuses in on the one thing that matters most, music.

The segment that I attended though was a little bit different than the normal version of ARTIST #TALK. This episode not only featured musical group The Far East Movement, but was part of a bigger HP initiative to mark the release of Windows 8 and to showcase some of their new products that include Beats by Dre audio technology. Throughout the iconic Terminal 5 complex was interactive games, an unforgettable show by two aerial acrobats, as well as a high-energy private show by the Far East Movement that included fan favourites, new songs and the very first live performance of “Little Bird” from their new album “Dirty Bass”.

During the ARTIST#TALK portion of the night, Far East Movement talked extensively about their humble beginnings as a band, growing up in downtown Los Angeles, interning with universal music, as well as their musical and fashion inspirations, quite notably, The Beastie Boys.
Overall it was a great experience and I would like to thank HP and Microsoft for inviting me to the event, Far East Movement for putting on an amazing show, and Toronto is Fashion for giving me the opportunity to attend! 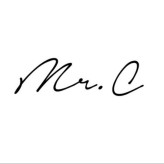 Two New Products that will help your Workout

Marc & Richard December 21, 2014
Most Discussed
We Are On Instagram!