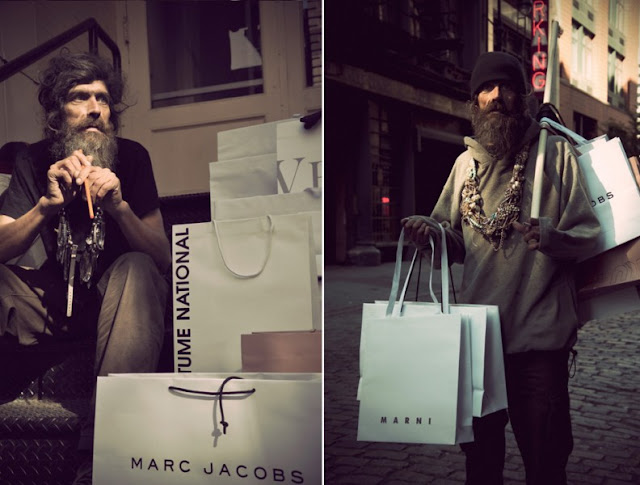 When did homelessness become fashionable and chic?

Photographer Julia Chesky had a photo shoot called The Original Hipster, with Chris, a homeless man who lives on Mercer Street in New York City. The photographer describes the homeless man as homeless “by choice”, and that on most days he doesn’t even look like he is really homeless. The model Chris wears necklaces and holds up shopping bags from some top fashion houses.

This shoot reminds us of the Chinese homeless man, nicknamed “Beggar Prince,” the “Handsome Vagabond,” and, most commonly, “Brother Sharp”. Many fashion blogs have been in love with this 35-year-old, homeless man, who is fond of thrown out women’s clothes. Some have even compared his style to this season’s Dolce and Gabbana collection.

We really like the homeless, bag lady look that so many celebrities have been sporting, but is this taking it too far? 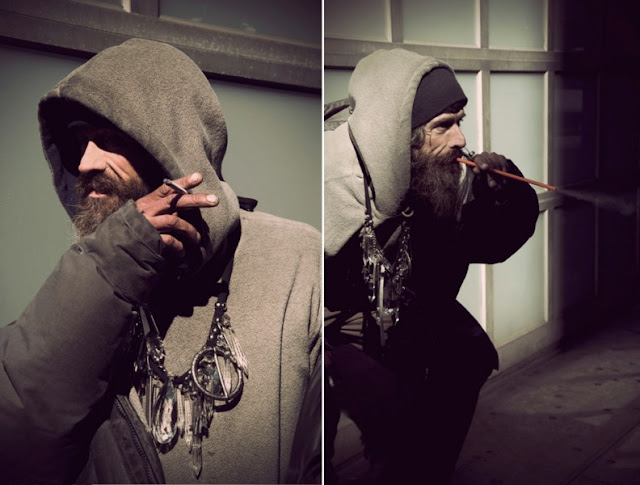 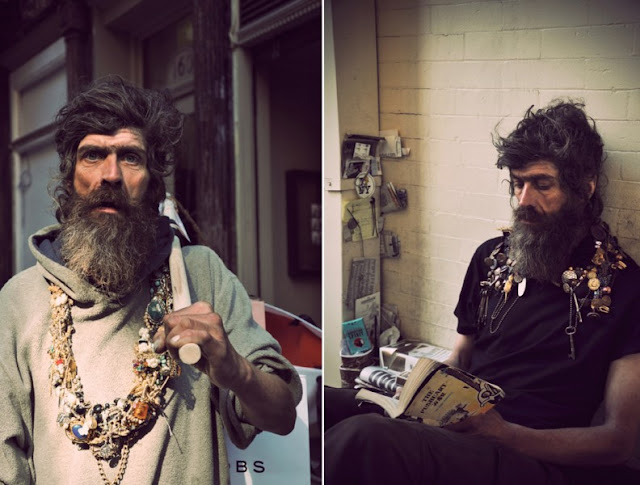