It’s been 5 months since the tragic death of fashion designer Lee Alexander McQueen, and some are still mourning the loss of the great designer. But others, like UK high-end department store Selfridges, the mourning process seems to have finished.

The store created a window display at their Manchester location displaying a Mcqueen design being hung off a flood lamp that is attached to some sort of hanging device. Some fashion websites have been saying it’s too soon to have a display like this, but we think that out of respect it should never be done. What do you think of the Selfridges display?

UPDATE: Selfridges issued an apology through their twitter page: ‘We apologise for any offence caused. It was not intentional and the dress has been removed.’. Is it enough, or is it too little, too late? 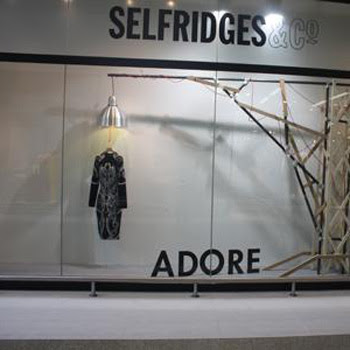