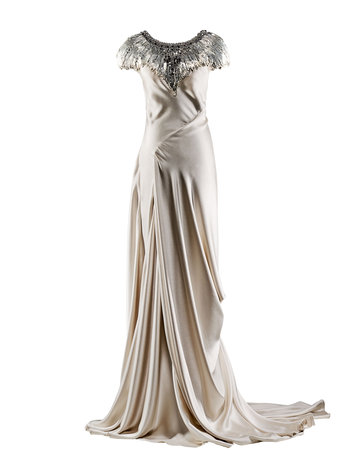 We told you about the last collection Alexander McQueen made for the Fall/Winter 2010 season, but that wasn’t the last thing ever made by McQueen.

T Magazine Blog has pictures of the last dress ever made by Alexander McQueen, and it wasn’t made for the runway. It was a gown made for his longtime fan and friend, Annabelle Neilson, for Elton John’s White Tie and Tiara Ball in June. The gown is very different from what McQueen usually sends down the runway, much more girlie and angelic. It is a beautiful gown, that shows McQueen was an amazing and versatile designer.