Love Magazine’s highly anticipated September issue looks like it will be impressive!

The bi-annual magazine will be releasing the issue with eight different covers, and it just released the first cover with Rosie Huntington-Whiteley on it. Where do you know her from?? Well, she is a Victoria’s Secret model, but more recently, she was the one who replaced Megan Fox on the next installment of the Transformers movies.

Rosie Huntington-Whiteley looks amazing in a Dolce & Gabbana dress, sporting a 60’s pin-up look that has been popular lately especially with Mad Men being such a hit. Check out the cover below and expect to see more covers released throughout August, leading up to the release of the issue on August 23rd. 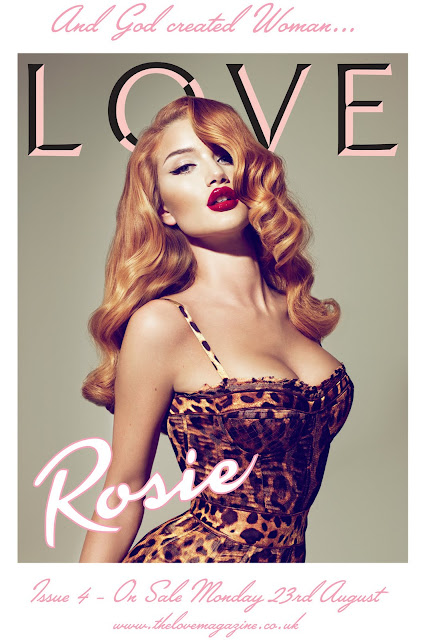 Gisele Bundchen is the New Face of Chanel No. 5

Over 60 fashion models arrested in Beijing