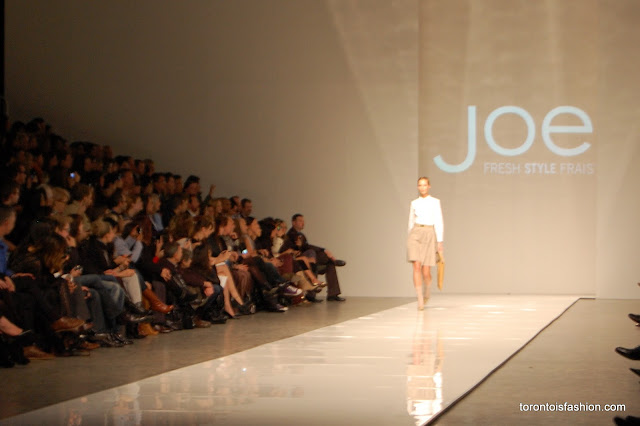 Less than a week after opening their first flagship store in Vancouver, the Joe Fresh collection showed off their latest offerings at LG Fashion Week. The brand, which features stylish clothing for the budget-conscious consumer, showed 17 looks at their much hyped about Wednesday night show. The crowd for the show seemed to grow larger and larger in the venue, with many people happily taking standing room. The runway itself, something guests were using as their own runway photo-op area, not to mention extra room to make a quick dash to their seats, was guarded by LGFW volunteers. The runway had been re-covered in a pristine white material, and volunteers fought hard to make sure no one could scuff it up. This all added to the extra hype and anticipation that was the Joe Fresh show.

The lights dimmed, volunteers scattered, and the first model popped out to start the show.

It was obvious after the first few looks had come down the runway, that designer Joe Mimran had chosen a military and nautical feel for his collection. Using shades of green, brown, taupes and beiges, the pieces in the collection were very crisp and structured. The clothing itself stayed true to the Joe Fresh tradition of being both sensible and wearable, however there were some details we think that could have been left out. Some of the ruffled skirts could have used a little less material, not to mention the horizontal placement will make anyone over a size 6 look much, much larger. The military patches is another thing we feel that could have been axed. We’re all for the military look, but unless you actually need a patch for identification purpose, say on an actual army base, there is not really a good reason to have one.

Above all, the collection did exactly what it was supposed to do, bring fashionable pieces to the market at good prices. On the way out of the show, a few fashionistas were heard calling the show ‘too commercial’ but that is exactly what the Joe Fresh brand is and wants to be. Our only hope for next season is that as the Joe Fresh brand expands, hopefully so will their menswear!

Check out some of our photos below from the Joe Fresh S/S 2011 show. 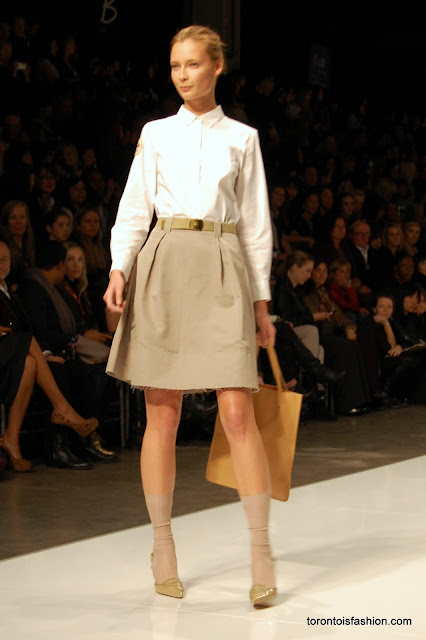 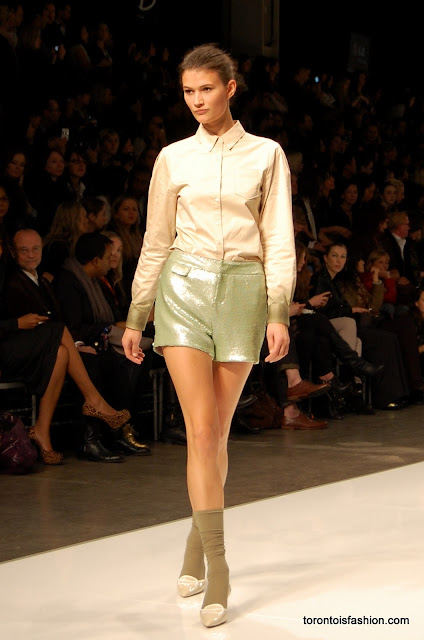 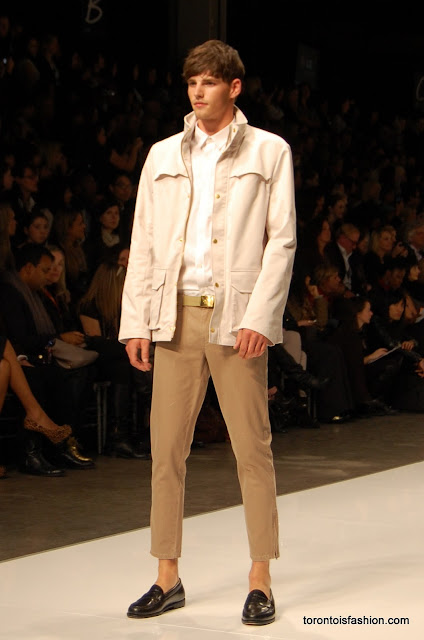 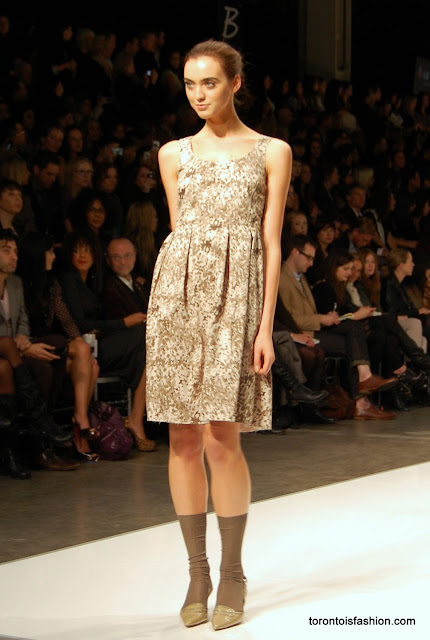 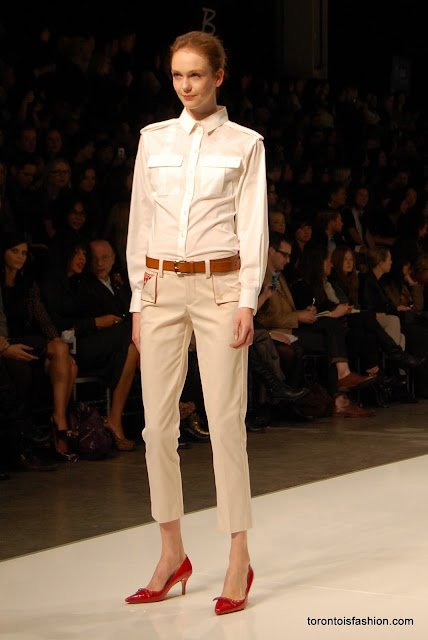 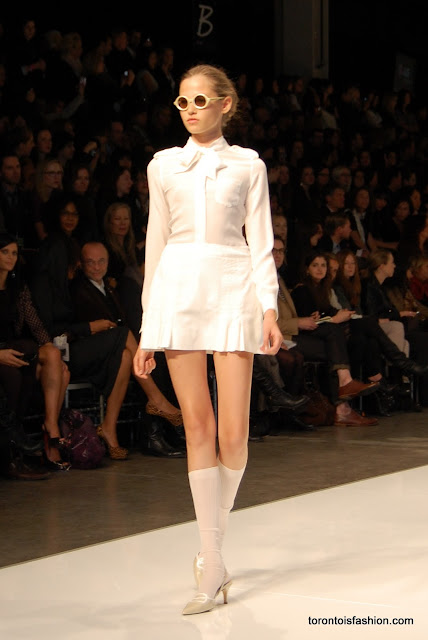 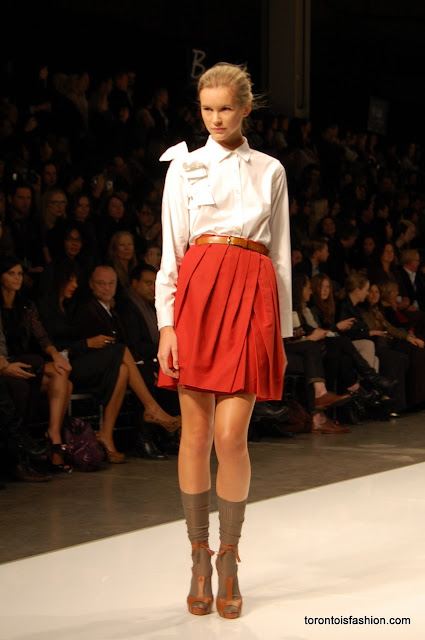 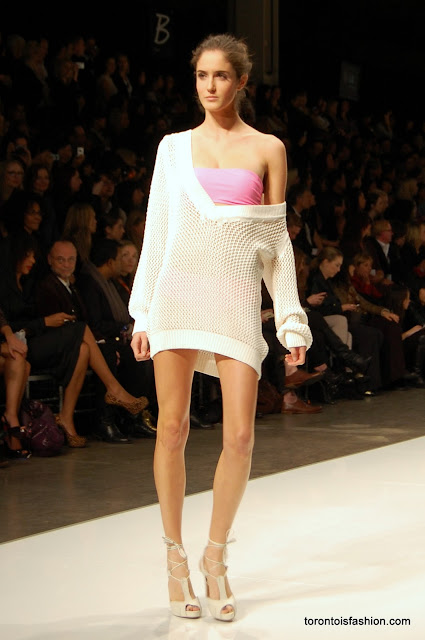 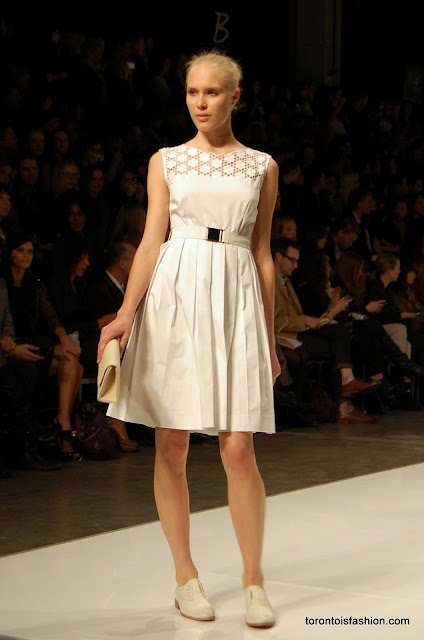 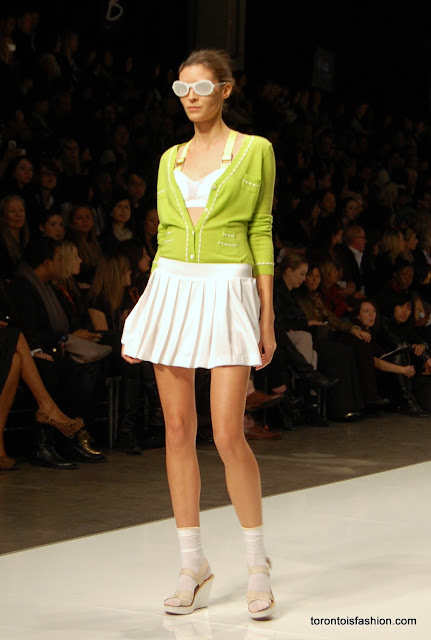 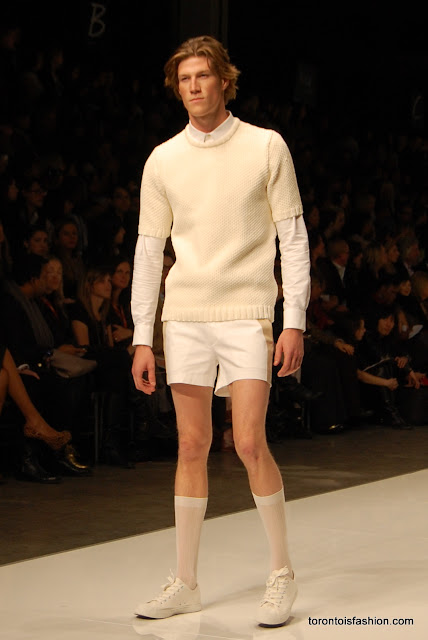 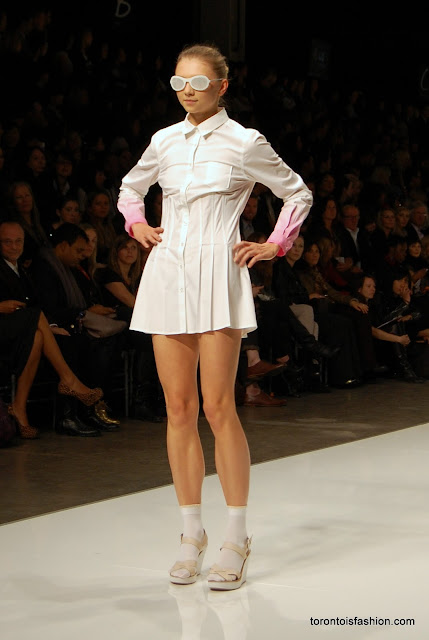 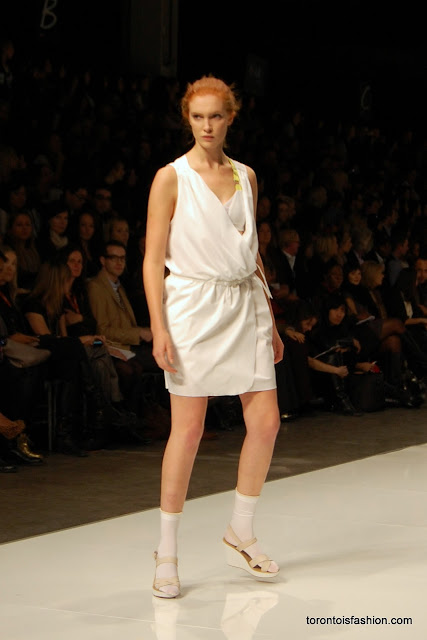 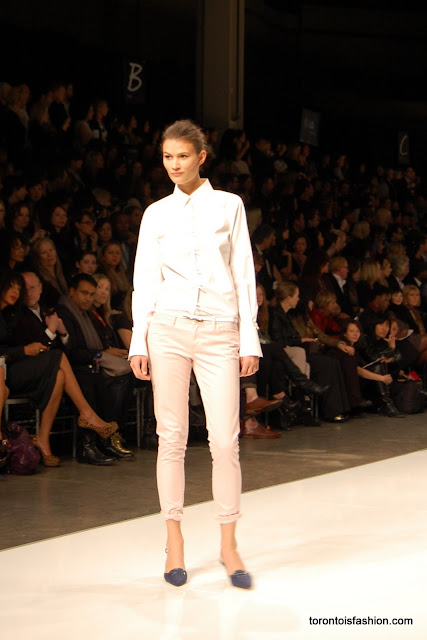 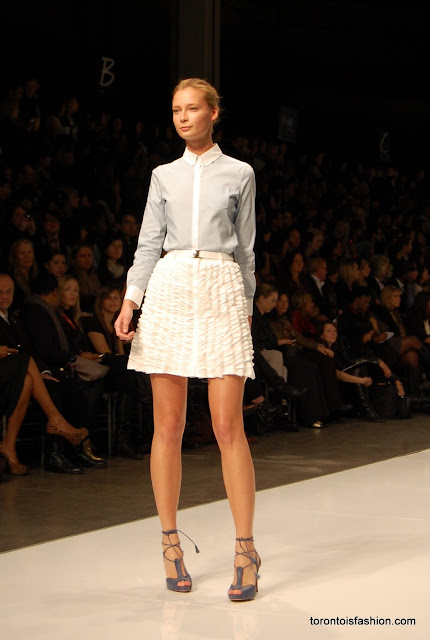 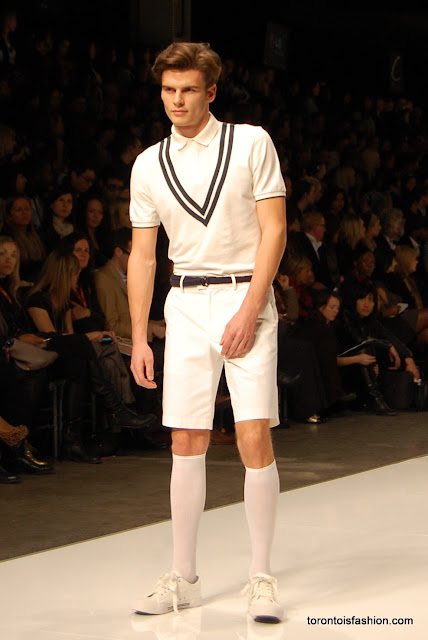 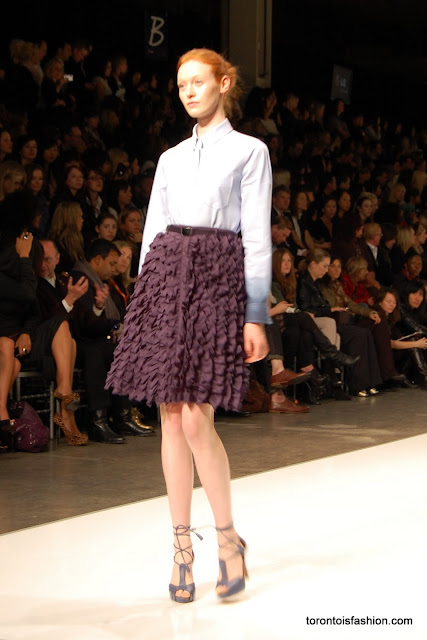 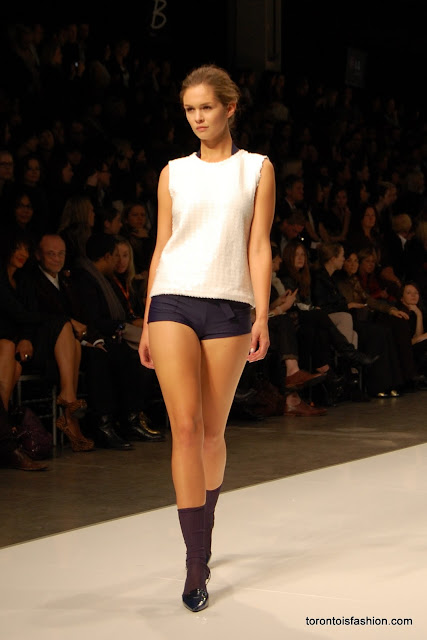 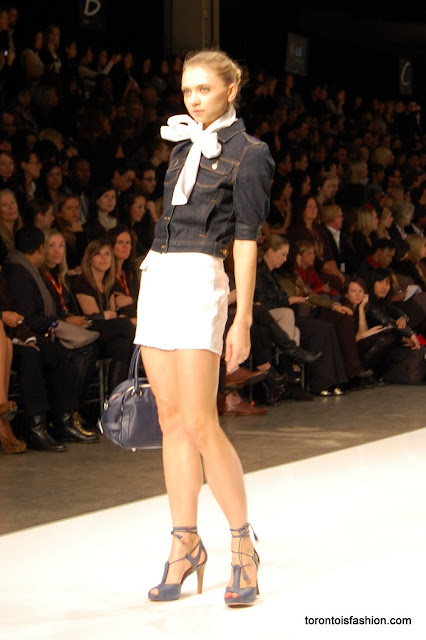 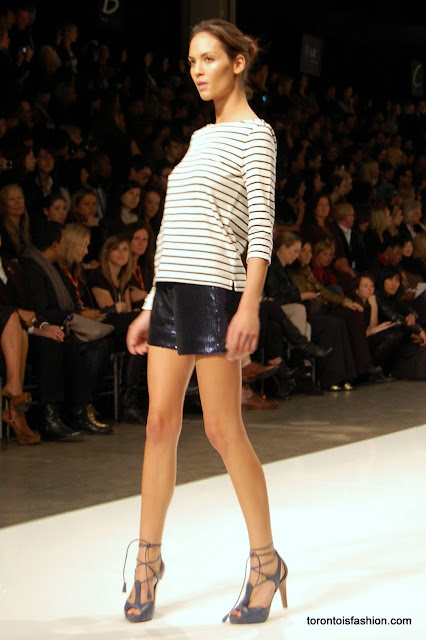 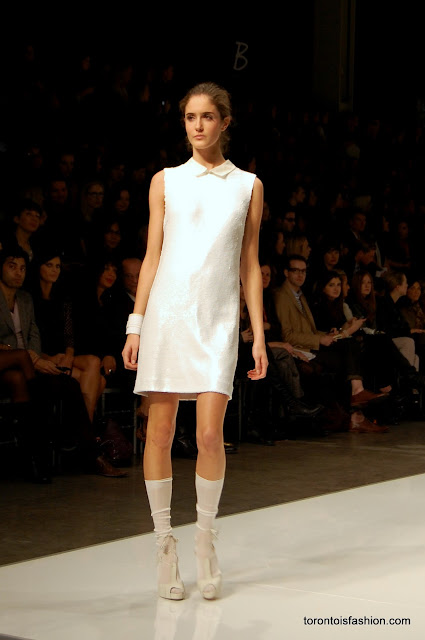