Shooting an ad campaign in the heart of downtown Toronto, at Yonge and Dundas, Bruce was wearing nothing but his briefs as their photographer shot him in the middle of the intersection. Although their were some car honks, we’re sure they were in support of the boys and not angered by the slight hold-up. After the shoot, Bruce took a moment to talk to E-Talk about the product, while Joel Primus chatted to the crowd. It’s been a busy time for these boys, who launched their product in Toronto at menswear boutique GotStyle.

Naked Boxer Briefs can be purchased in Toronto at menswear store GotStyle and Holt Renfrew. For more locations, check out their website by clicking here. 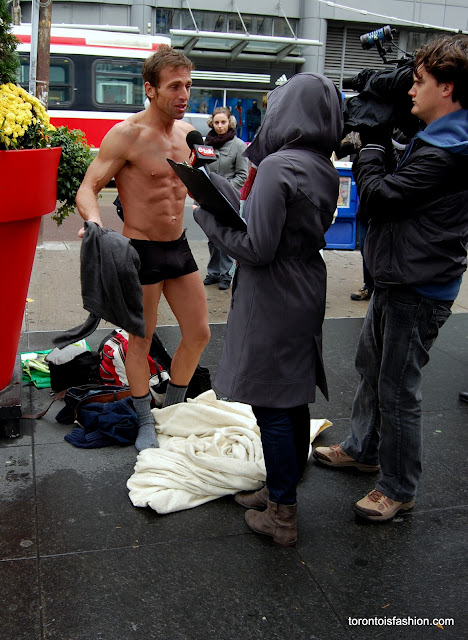 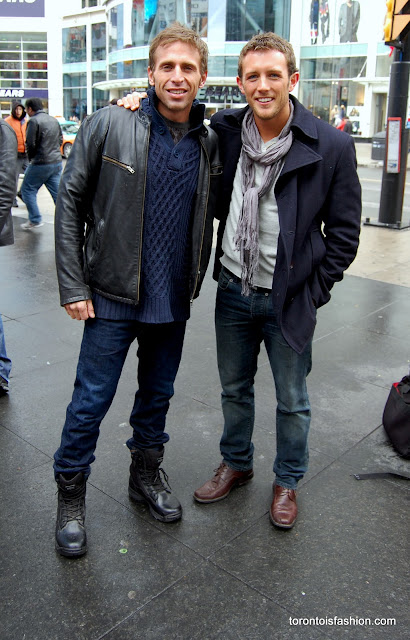