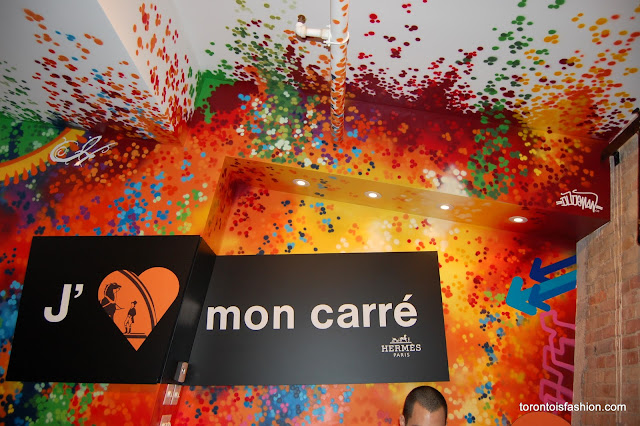 Last night at 1099 Yonge Street, media, guests and Hermès staff were on hand to celebrate the new Hermès Pop-Up Shop title ‘J’aime Mon Carre.’ The name translates to ‘I Love My Scarf’ and thats what the event was all about; celebrating the craftmanship and long history that comes with an iconic Hermès scarf. The first scarf was made by special order dating back to the 1930’s and has become a staple in womens closets world-wide. The event had guest admiring the Hermès scarfs on display, and were then taken downstairs through an orange hallway to a photo studio in the basement, where they were styled and photographed as a souvenir of the night.

The Toronto pop-up shop is part of many shops being held all over the world, to help promote their streetwear site also titled ‘J’aime Mon Carre, which shows our younger generation how to wear the scarves in new hip ways. Head down to see the new pop-up shop loaction that will be open until Sunday December 5th. 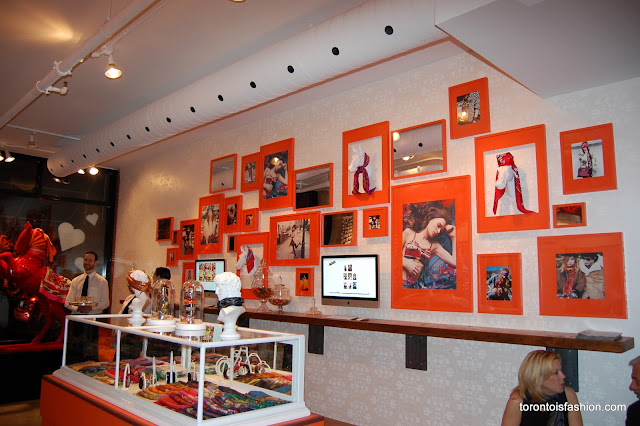 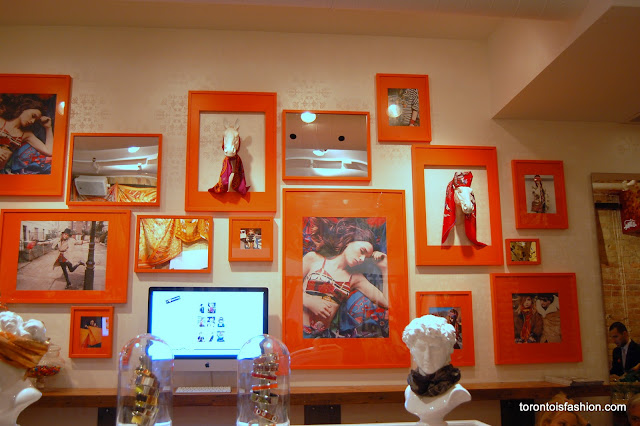 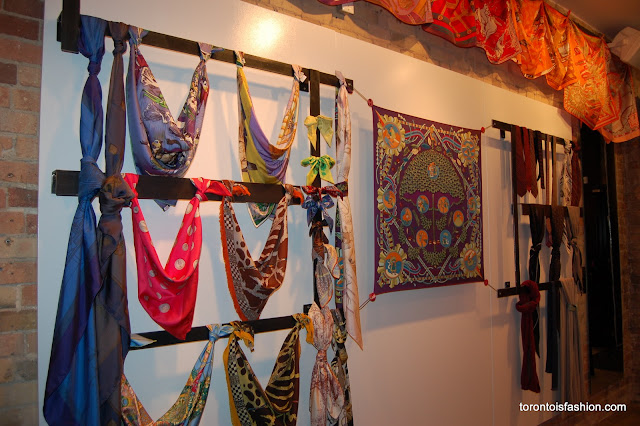 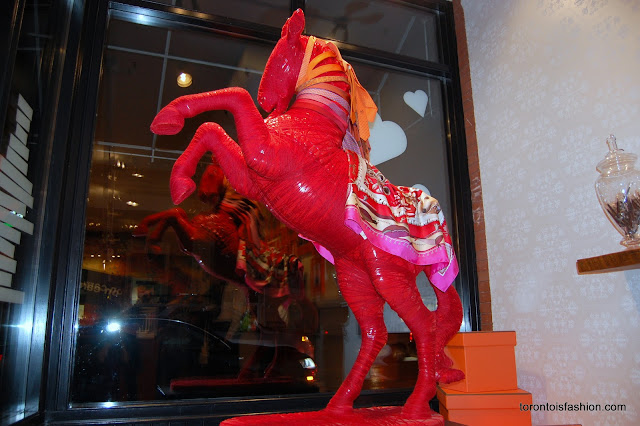 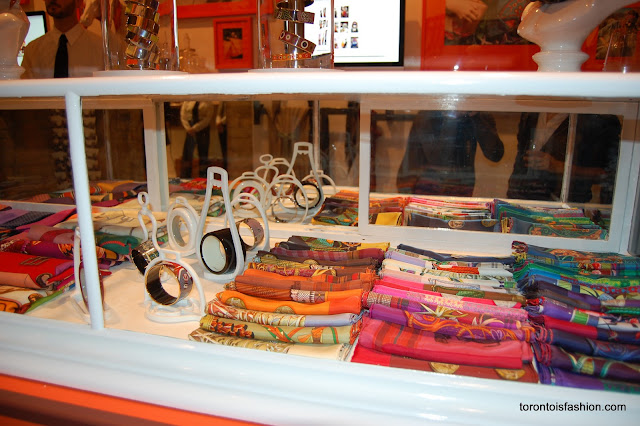 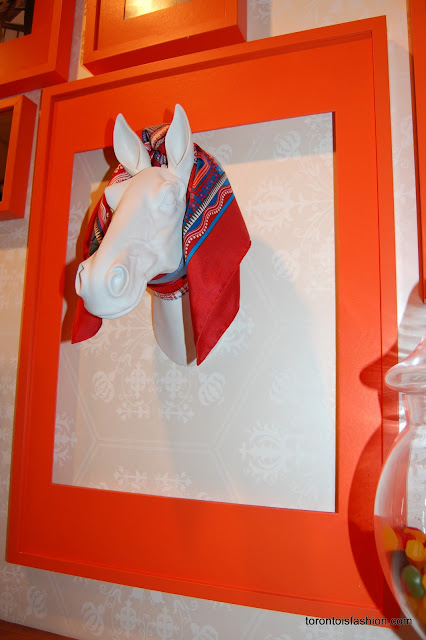 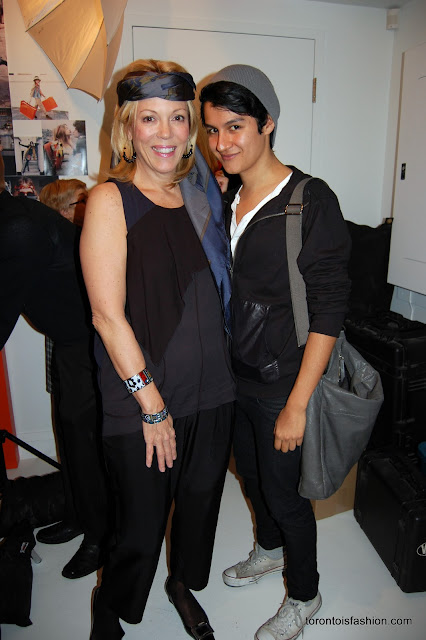 Jennifer Carter President and CEO of Hermes Canada and Richard 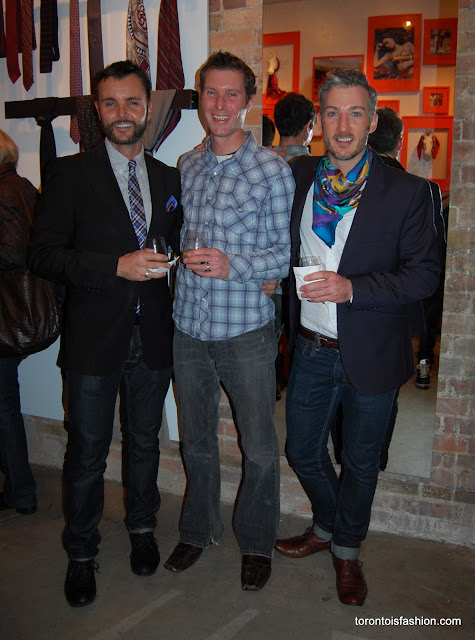 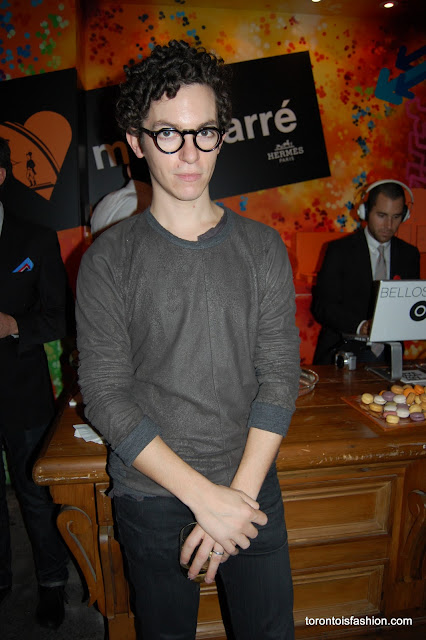 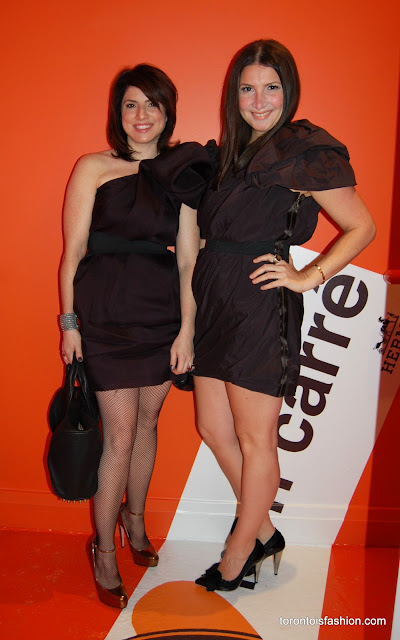 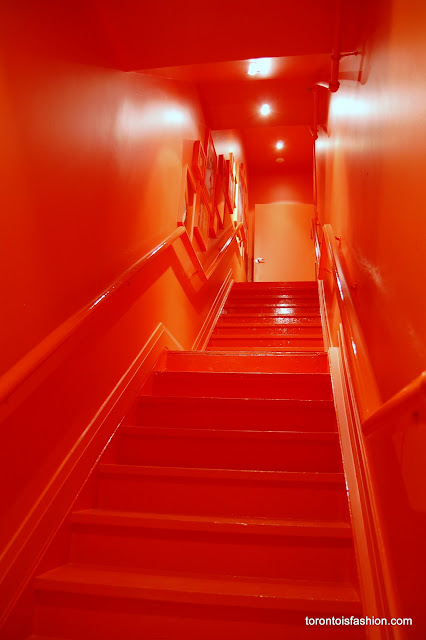 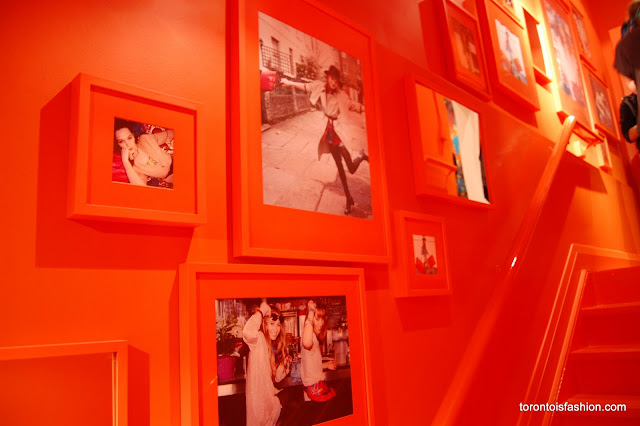 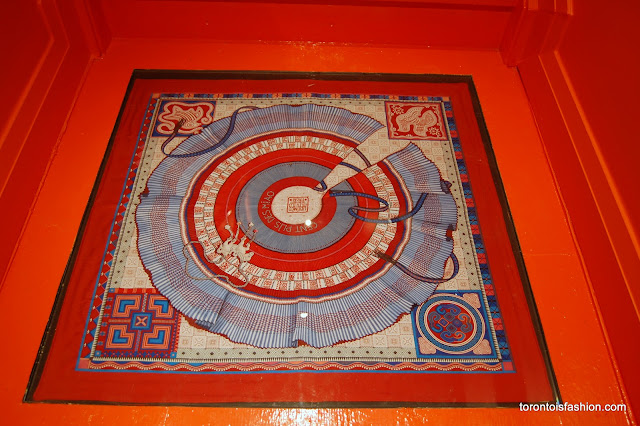 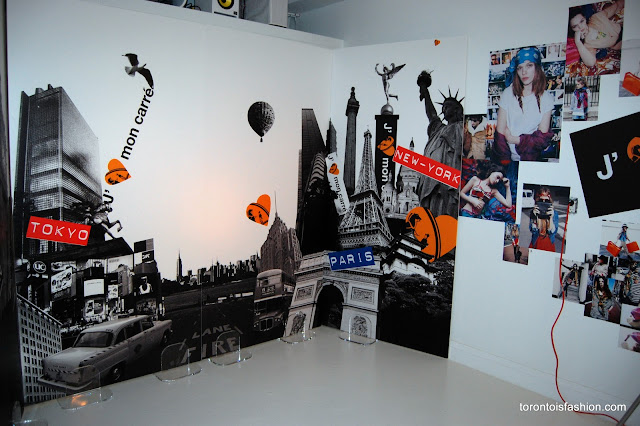 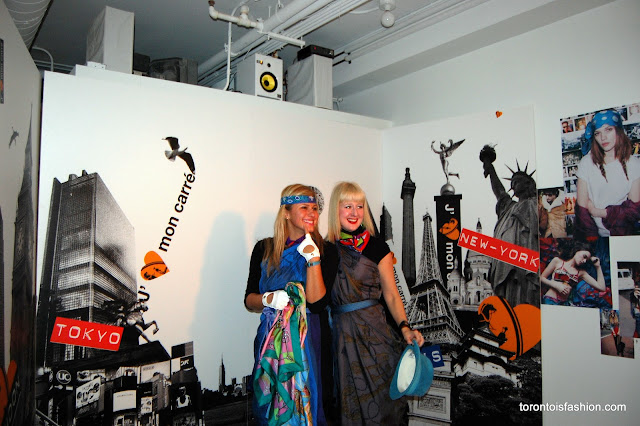 Getting their photo taken. 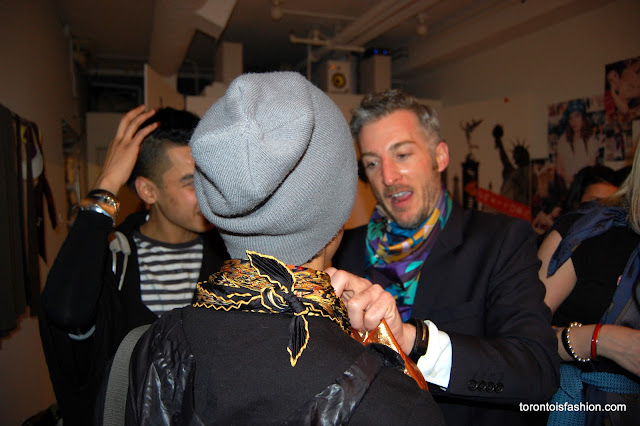 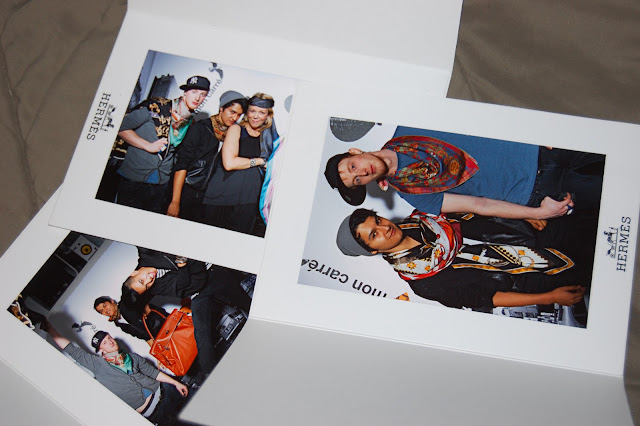 Our finished photos from the photoshoot
Previous Article

Will you visit the Hermès Carré Club this weekend

We Shop the #GEOXPopUp at Sherway Gardens