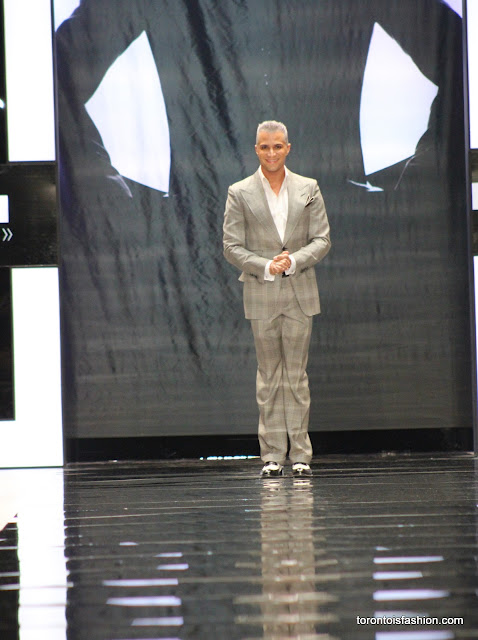 Crowds outside the runway, waiting to be seated for the Jay Manuel show, were already buzzing away with their expectations for the collection. The runway would soon be filled with designs from the “America’s Next Top Model” personality, who was unleashed as head designer for the Sears ‘Attitude’ collection. The designer, who is a Scarborough native, had the task of creating a collection that would be both stylish and affordable, and not to mention meeting the standard of the brand Jay Manuel has created for himself in the fashion industry. We all know the man can do some pretty visually impressive things on the show, which has an equally impressive production budget, but could the new designer create a collection that was attractive, unique and bring the sought-after fashion crowd into the doors of Sears? This was a question on the minds of the crowds making their way into the show, and surely on the minds of the CEO’s of Sears. The first thing we can say we loved about the show before we get to the clothing, is the runway changed to black and helped give the venue a much needed sense of intensity. We loved the giant backdrop of Jay himself, even though it did have us thinking a communist Karl Lagerfield, we thought it added to the bigger-than-life personality of the designer.
The collection was cohesive and used mostly darker colours, which was off-set by very bold colours in the accessories. Attention to details like buttons and other hardware helped to make the pieces stand out and give the clothing a unique look you wouldn’t expect to get from the regular offerings in a Sears department store. The designer also played with different faux furs, knits and fabrics without going overboard; something which could potentially make the “regular” Sears consumer shy away. We loved the styling of this show, as it helped pull the whole look together and shows the audience a look you definitely won’t see on the pages of the stores catalogue. However, when you take away the great styling of this collection, the clothes leave us a little under whelmed. This could be said about a lot of designer collaborations, but hopefully if Sears keeps this look present, and with the trusted name of the charming Jay Manuel, it will inspire customers to take a risk or two when it comes to dressing. 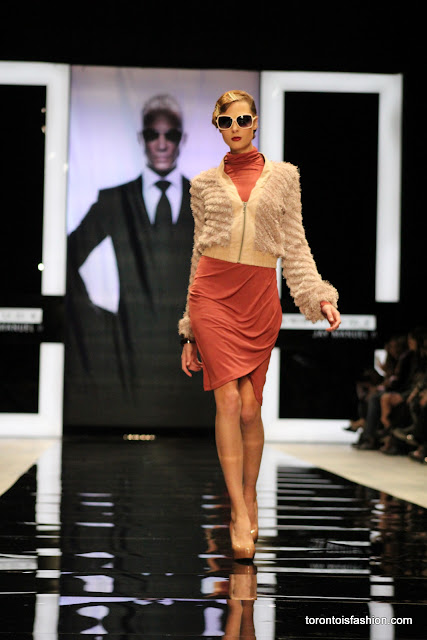 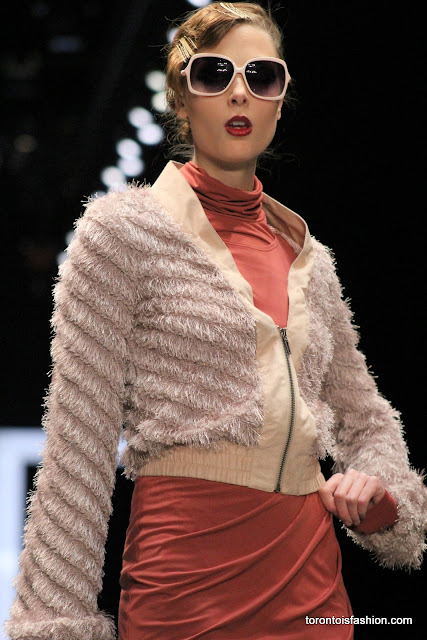 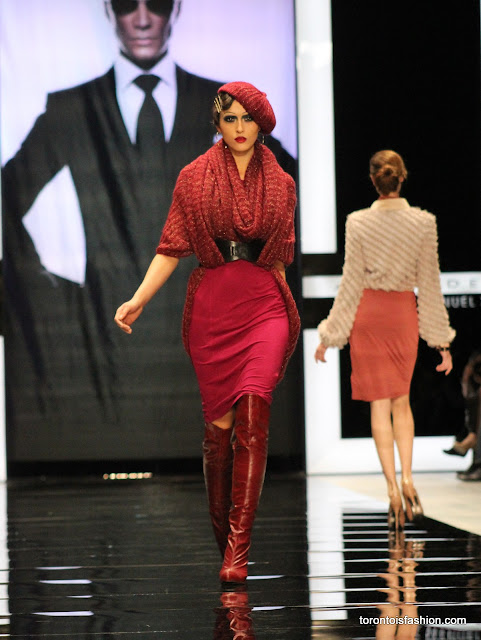 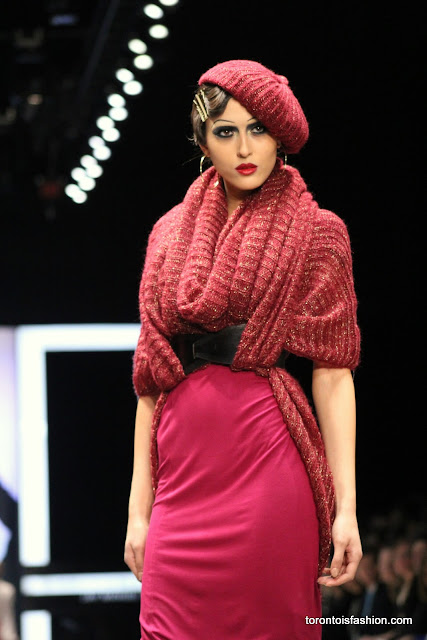 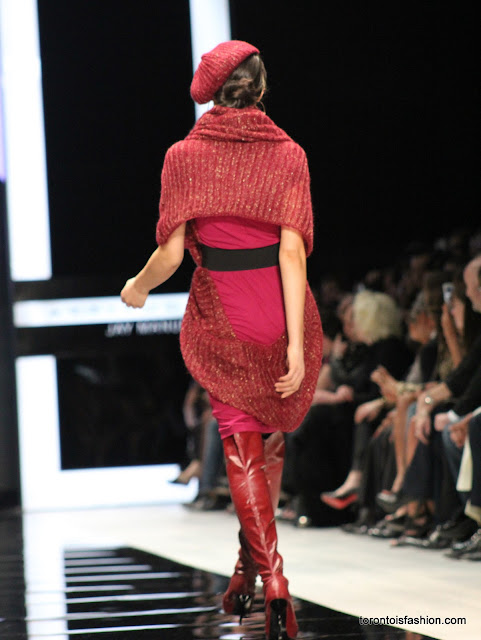 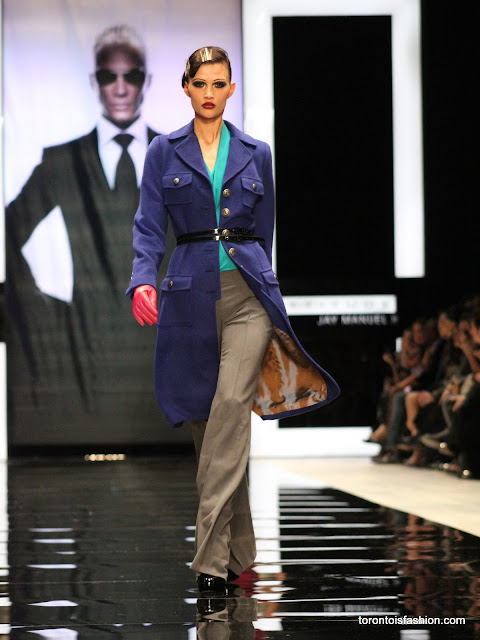 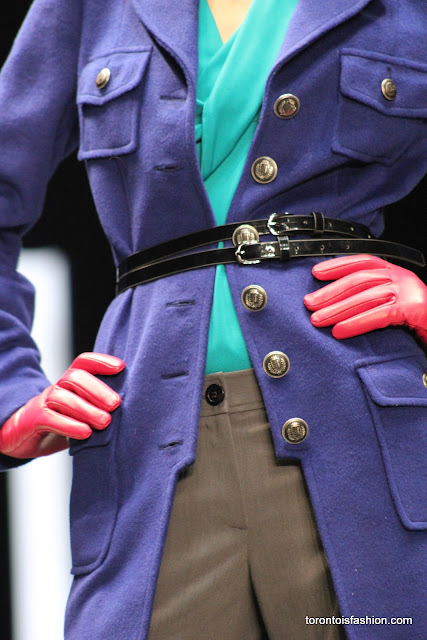 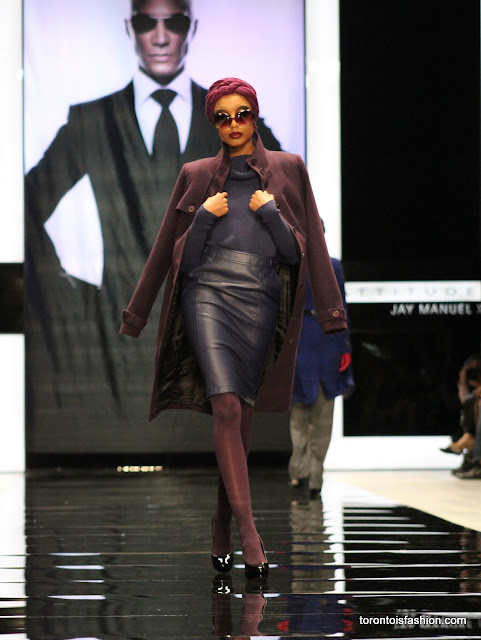 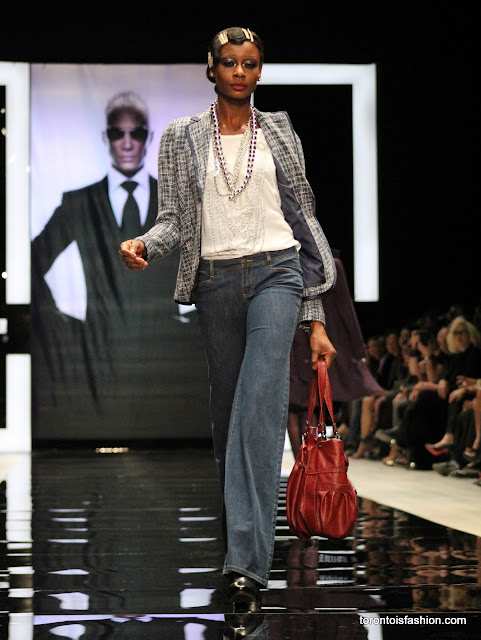 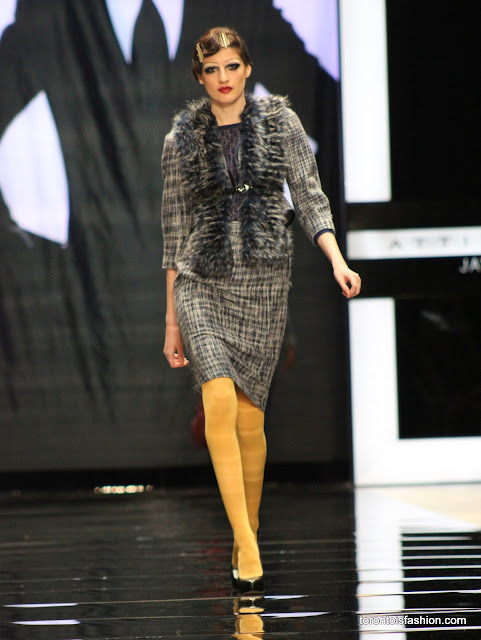 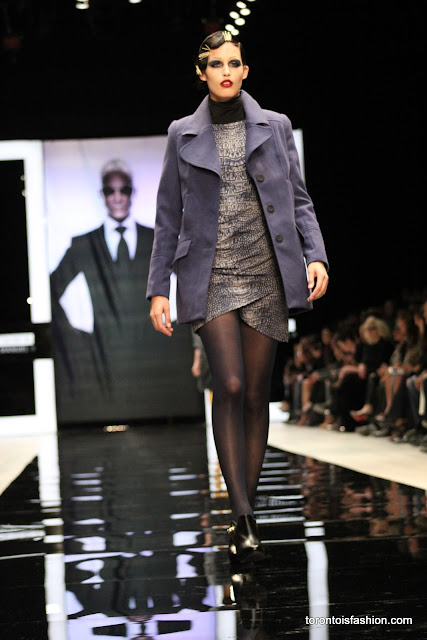 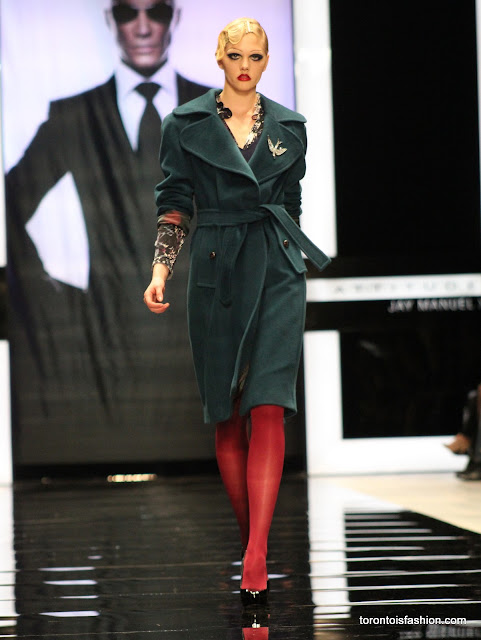 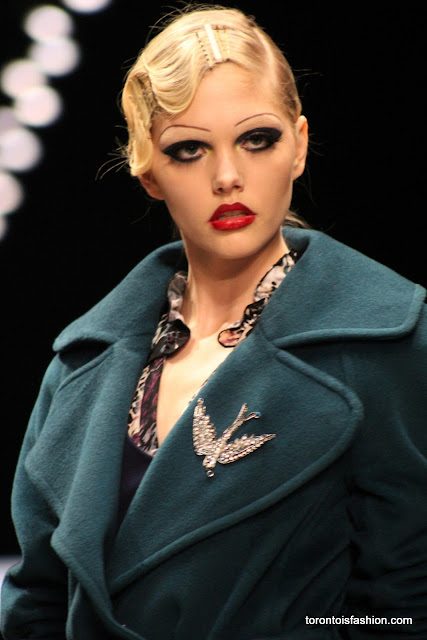 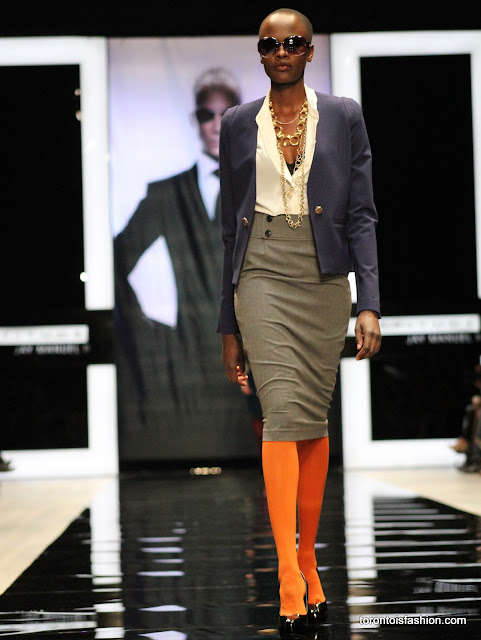 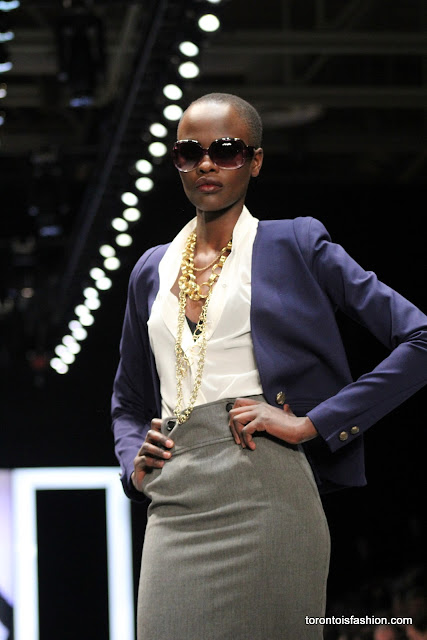 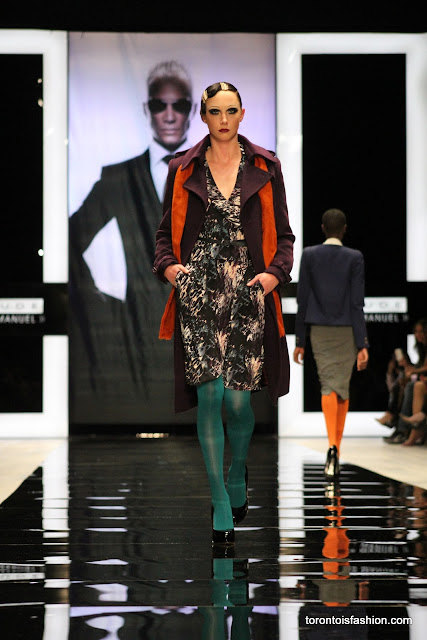 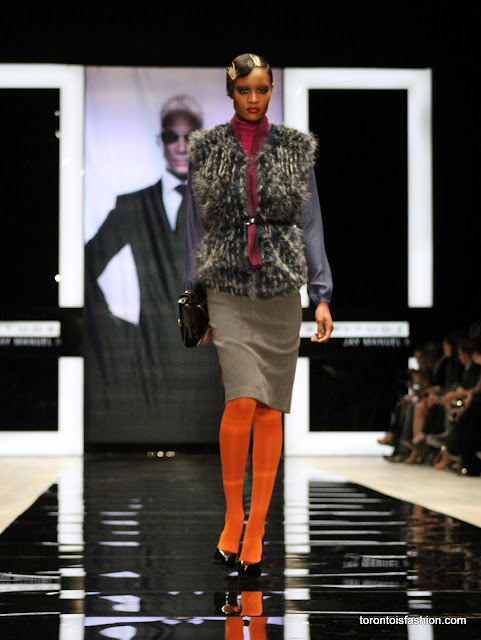 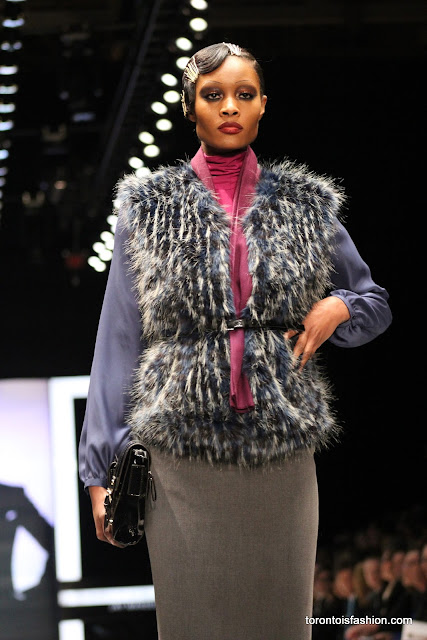 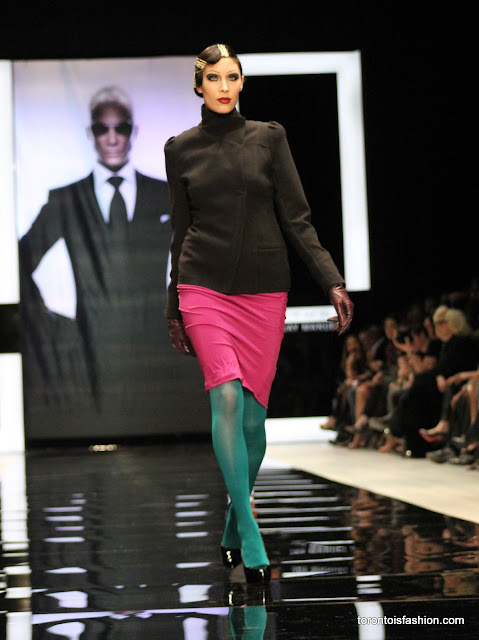 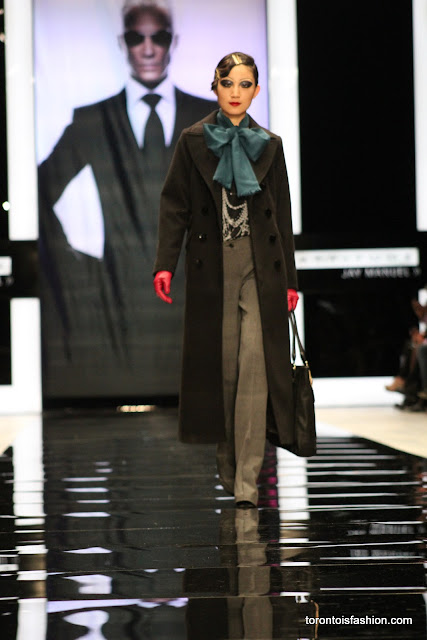 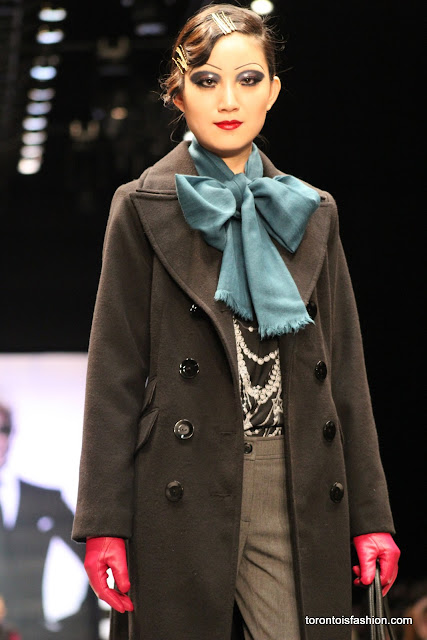 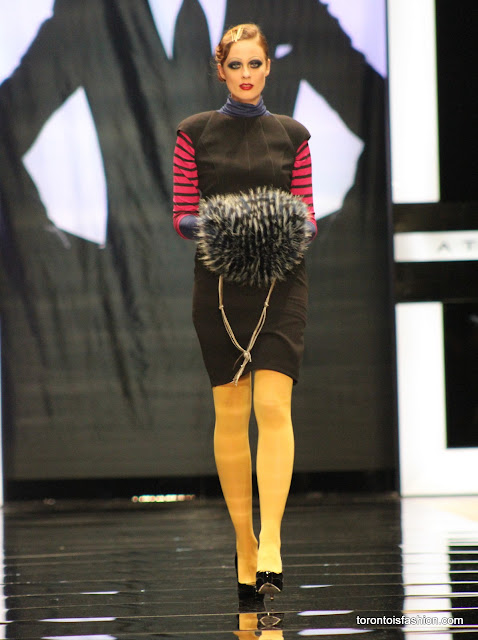 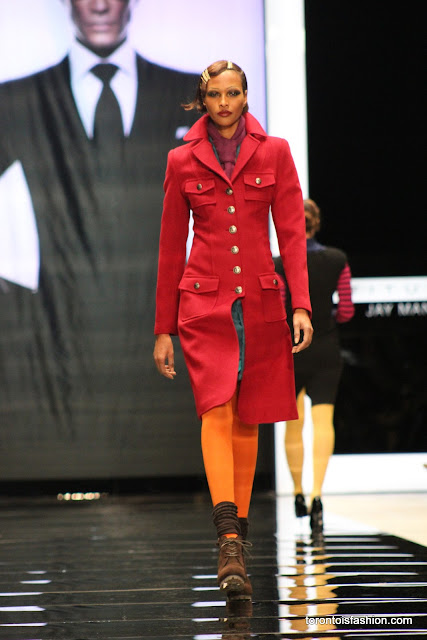 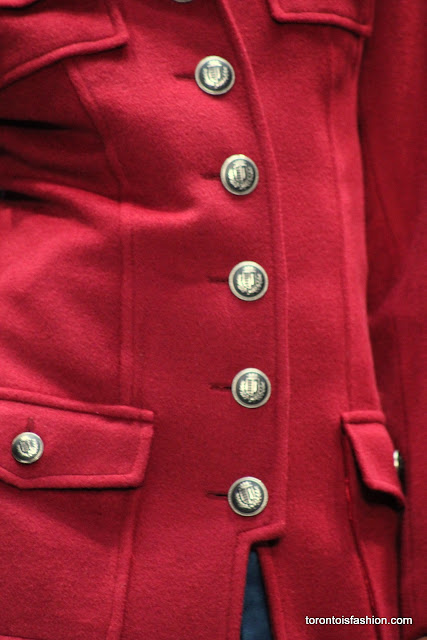 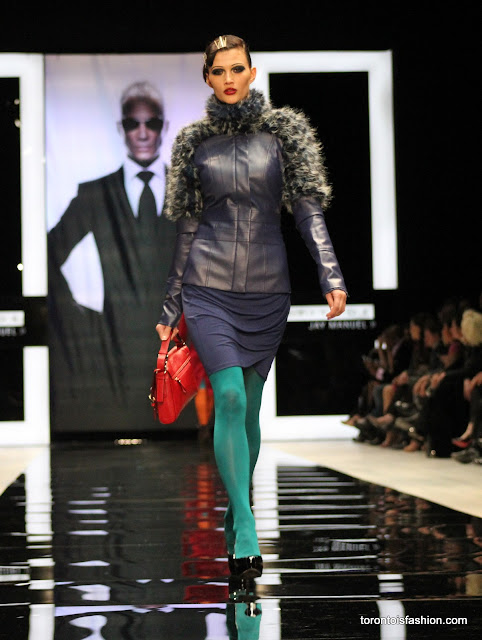 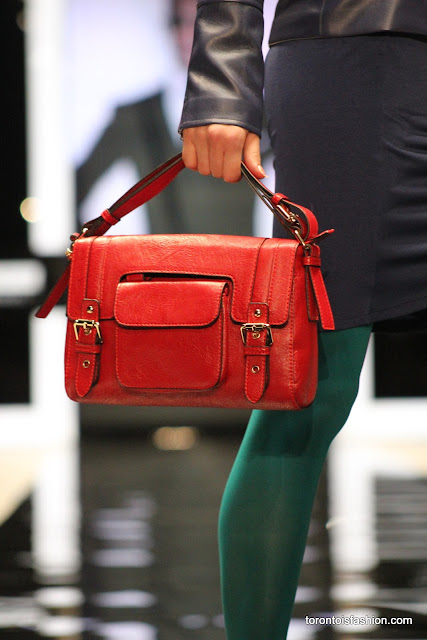 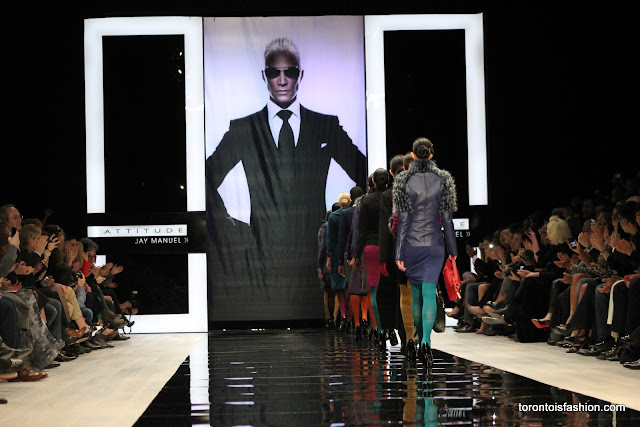