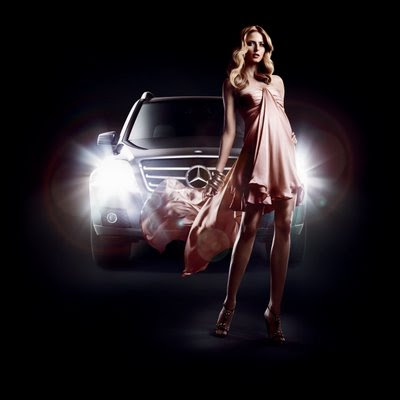 Yesterday, Twitter was all abuzz with the recent announcement of the launch of the ‘Mercedes-Benz Start Up Program.’ The new initiative teams together global fashion and media company IMG with the luxury car maker, who is already a major sponsor for fashion weeks in New York and Berlin, to provide an outlet for young Canadian designers to get an industry advantage. Upon hearing the news some cheered and some jeered, and most took to their Twitter accounts to express their feelings about the new project. Editor-In-Chief of Flare Magazine, Lisa Tant tweeted “Hope Start Up doesn’t go the same way as FDCC Fashion Fund which only lasted one season.” Canadian blogger Anita Clarke agreed the program sounded pretty sweet, but expressed concern with others that the program lacked monetary funding for the designers. So what exactly is all this fuss about? And to get to the basics, what will it do to help talented Canadian designers in a nervous economy? We have received the press release and decided to share the details with you.

Basically, the aim of this program is to connect a designer, who has been in business for less than five years, with industry insiders who will offer he/she help and mentor-ship for a five month period. After the five month period the designer will present a debut solo collection that will be presented as a highlight during LG Fashion Week March 2012! In the first year, the semi finals of this competition will conducted in just two provinces and a total of 20 designers will be competing for the top spot. They will then be whittled down to four designers who will all be invited to show their collections at the national finals during LG Fashion Week this October, 2011. So far the names of the judging panellists haven’t been released and same goes for the ‘industry insiders’ who will help the winning designer. On a plus side, the press release does state the intention of the ‘Start Up’ program continuing on after one year, stating the contest will include four provinces in year two and eventually be a national competition involving the whole country. Auf Wiedersehen Project Runway Canada.

If you’re an up and coming designer and want to check out how to submit your application to the program or just want a few more facts than what we listed above, click here to go to the official website. We are excited to learn about who will be the judging panel and who will offer the designer their expertise. Not to mention, this might be one of the hottest ticket shows happening at LG Fashion Week come October.